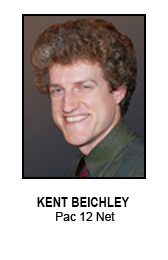 Native to Northern California and an incumbent on the NATAS Board of Governors, Kent Beichley is a BECA graduate from San Francisco State University. As a production and transmissions engineer for KRON, KGO, and the PAC-12 for the past several years, Kent is now a staff newscast director for the early evening, prime time, and late news at KRON. Kent also has extensive experience in the science behind broadcast and streaming internet television. Prior to television production, Kent worked as a media and events producer for the Operating Engineers Local 3, a video producer for the SETI Institute, and worked with Lost Land Productions to receive Best Film, Original Composition, Best Writing, and Best Set Design for “Are You Still There?” to the 2010 San Francisco 24 Hour Film Festival.