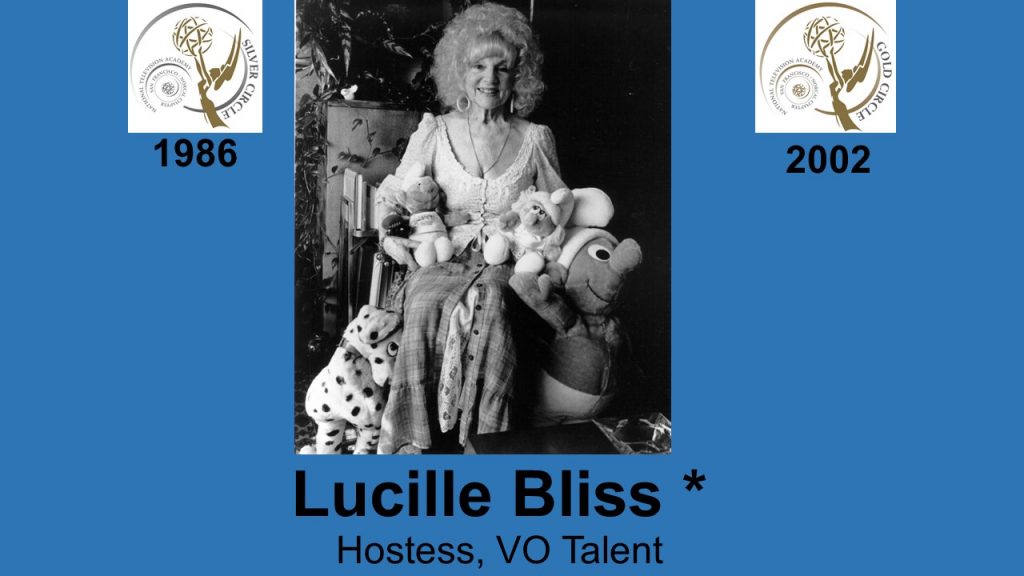 LUCILLE BLISS, the “Lady of 1,000 voices,” was born in Manhattan and came to San Francisco at the age of 12.  Her first national radio show was Professor Puzzlewit on NBC followed by such national shows as:  Are These Our Children?, ABC;  Pat Novak, ABC;  Candy Matson, NBC;  Morey Amsterdan, CBS;  The Edger Bergen Show, NBC.  Lucille went to Hollywood in 1950 to play Anastasia in Walt Disney’s Cinderella.  She returned to San Francisco as the voice of Crusader Rabbit.  She had her own children’s TV show, Happy Birthday to You, which ran for five years.  She has done many Hanna-Barbera parts.  She was Smurffette on the Smurffs.  She still commutes each week to Los Angeles for work and does local voiceovers and voice coaching.    Lucille has been active in the Broadcast Legends.