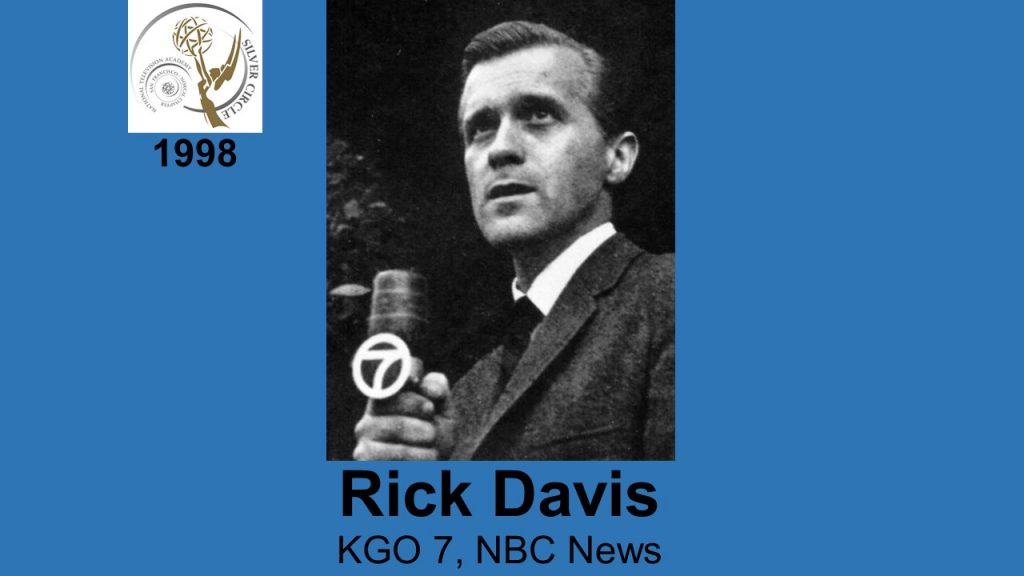 Rick Davis joined Bay Area television in 1962 after two years with KSBY-TV in San Luis Obispo while still in college, and a year with KOVR-TV in Stockton.  He worked with Roger Grimsby as a writer-producer and later as a reporter until 1964. He remained in San Francisco and served as the Northern California reporter for LA’s KNXT.  After a year with WCBS in New York, Rick worked as a reporter out of the San Francisco bureau for NBC News and remained in that capacity from 1975 to 1982. NBC then assigned him as a foreign correspondent that took him to London, most of Europe, the Soviet Union, and the Middle East.  In 1985, Rick was the Middle East bureau chief. That included assignments in North Africa, Afghanistan and India.  He later covered the Iran-Iraq War, and Desert Storm.   For a six-month period in 1991-92, he worked for the “Today” show as national correspondent.  Returning to an assignment in London, he spent much of his time reporting from Bosnia.  Rick is currently a New York based correspondent.