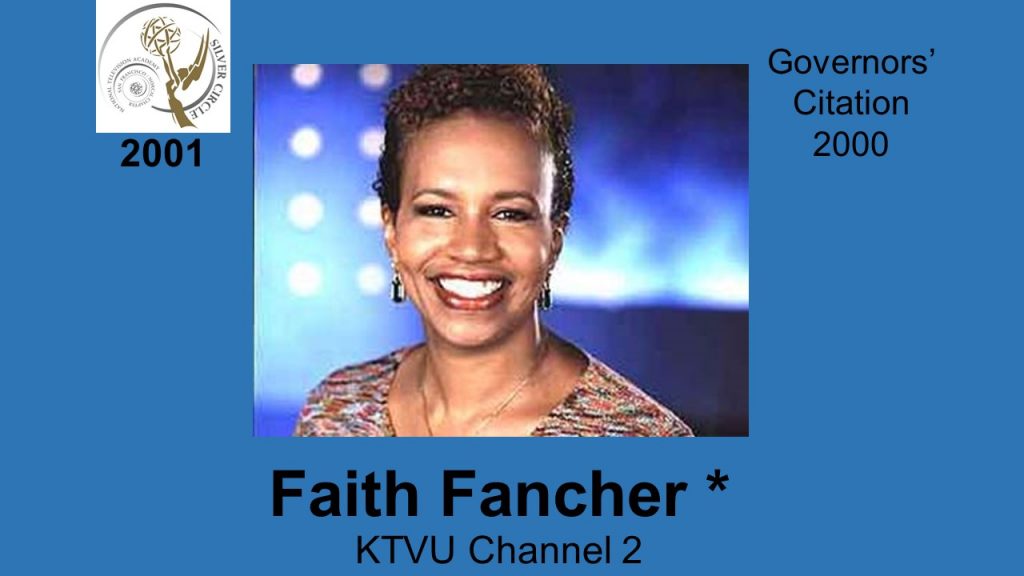 Faith Fancher’s broadcasting career began in college at WBIR-TV/Radio in Knoxville as a radio news writer.  After graduation in 1972, she war hired by WBIR as a reporter.  Faith was subsequently hired by WSM-TV in Nashville as a TV correspondent.  She worked at NBN, NPR and CNN before joining KTVU in 1983.  She has won many awards and is active in NABJ.  Faith has been battling breast cancer for several years.  She chose to help fight the battle  by sharing her story with the KTVU audience.  Her Friends of Faith foundation has raised funds to fight breast cancer.  Faith received the NATAS 2000 Goverenors’ Citation for taking her story to her viewing audience.