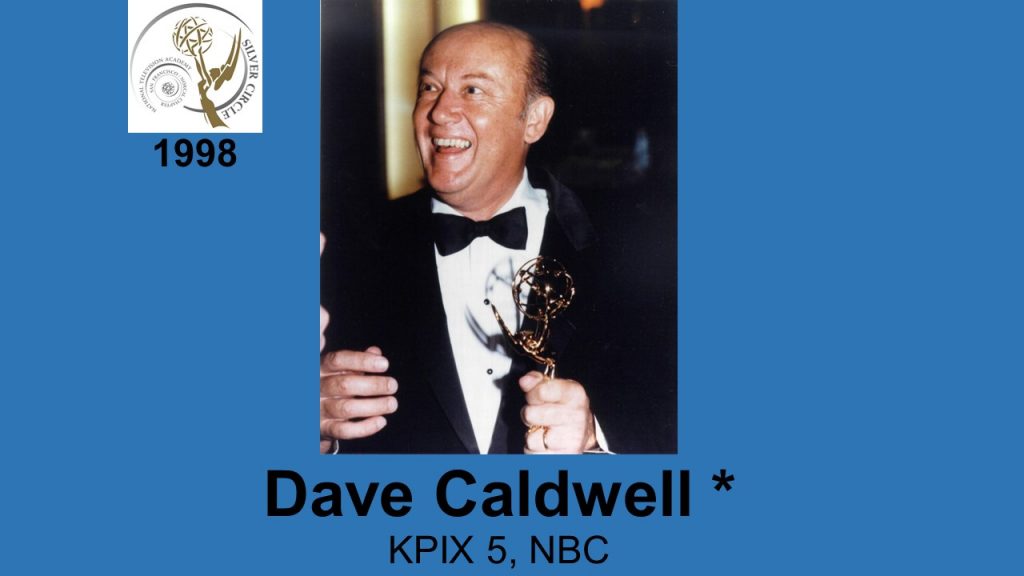 Dave Caldwell started his television career in Northern California at KPIX in 1957 where he was employed as a producer/director.  In 1963 he acted as writer-producer on “San Francisco Pageant,” a series of documentary programs on Bay Area history.  The program was honored with a National Peabody award.   Later in 1965, he was the producer-director for “POW,” the weekly entertainment magazine show hosted by Rolf Peterson.  He left KPIX in 1967 but returned in 1970 to produce “Electric Impressions,” the first local variety show to be syndicated nationally by Westinghouse.  That program won the San Francisco State College Broadcast Media Award.  Dave formed his own production company in 1973, which remained in operation through 1995. During that time he was the producer-director for a documentary entitled “Rock Art Treasures of Ancient America,” which appeared on local cable.  For that program Dave was honored with a Northern California Emmy Award.  His national credits included directing such shows as NBC’s “Real People,” “Professional Figure Skating Championship’s,” “NBC Sportsworld,” and the “Tournament of Roses Parade.”