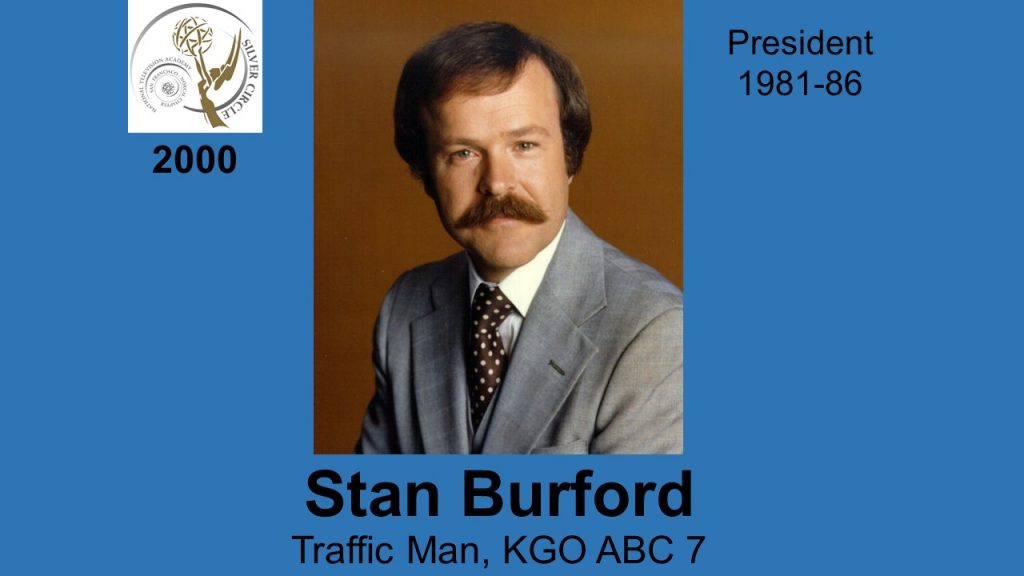 In more than forty years in radio and television broadcasting, STAN BURFORD has practically done it all. First employed as a stage manager at KPIX in 1964, he moved on to announcer, producer, director, promotion manager, executive producer positions at a variety of television stations including KCTF-TV (Concord), KNEW-TV, KBHK-TV, KVZK-TV (Samoa) and KGO-TV.

Along the way, he taught broadcasting & production and equipment training at Ampex, the government of Samoa and San Francisco State University. As executive producer with KGO-TV, he received 14 Emmy nominations for outstanding achievement in local programming.

Stan was the longest running president of the Northern California chapter of the Academy (5 years) and also served as national trustee.

For the past many years he has been the “most trusted guy in the sky” traffic reporter for KGO radio and KGO-TV.