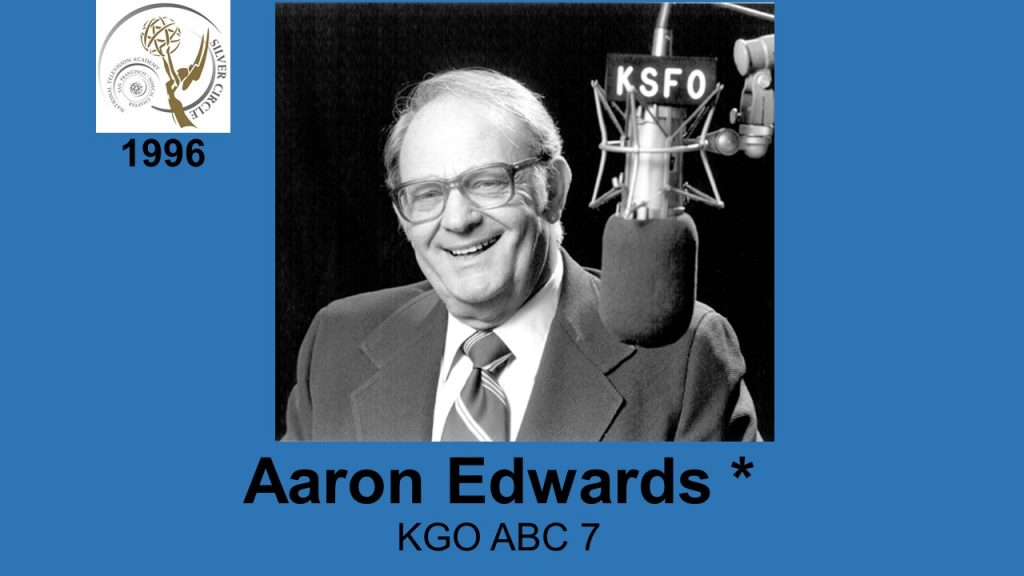 Aaron Edwards, now ret i red, performed i n many commercials in the early 1960s, helping to establish this style in television, and continued in news and commercials until retiring in 199I ; he was a regular cast member on the Jack Carney show, KTVU, and a frequent guest on the Don Sherwood Show, Channel 7, and was a KGO-TV reporter  from  1983 until his retirement