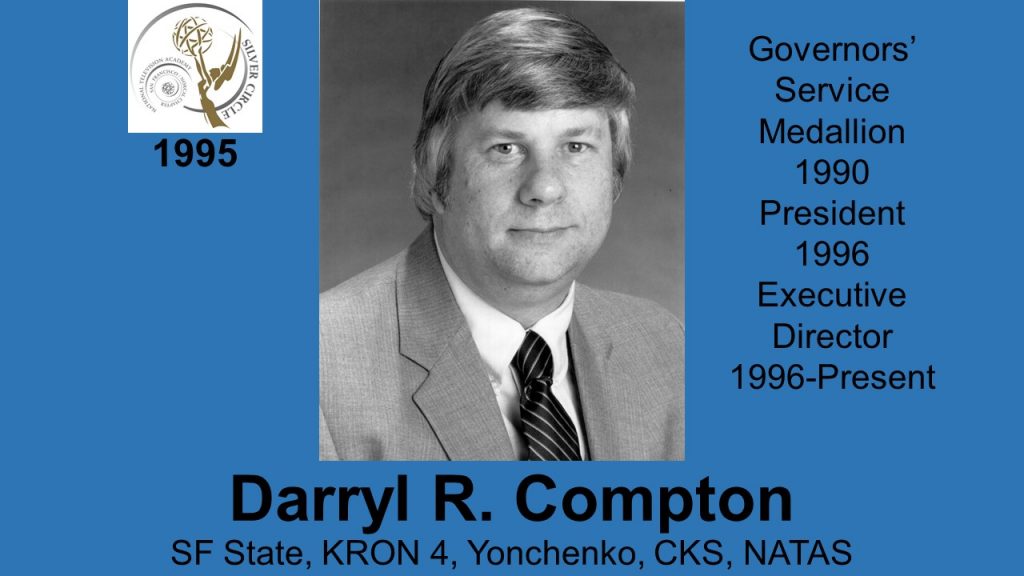 DARRYL COMPTON-Darryl’s broadcast career began in  1961, working in KRON-TV’s traffic department weekends and holidays. Concurrently, he was a volunteer for the annual KQED-TV Auction. He later became Operations Manager for the Auction. He joined the staff at San Francisco State University, his alma mater, as a video technician in 1963, later becoming Master Control Supervisor. He also served as co-chair of the prestigious SFSU Broadcast Industry Conference. In 1981, he became Business Manager for KRON-TV’s NewsCenter 4, later moving up as News Operations Manager and Associate News Director for Operations. He is currently Director of Operations for CKS Pictures in Cupertino. He has been active in the Television  Academy and RTNDA for many  years.