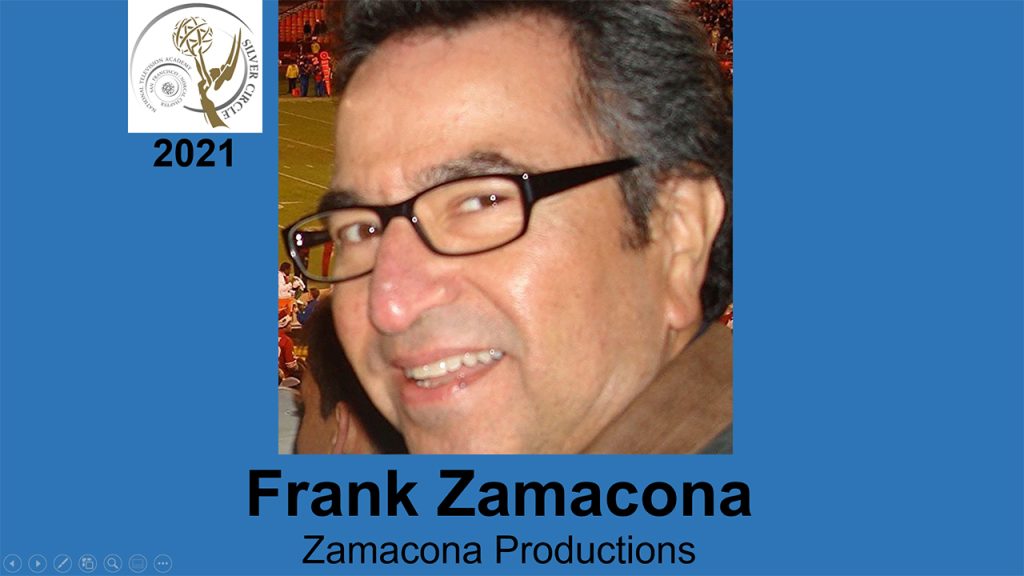 From teaching television and film – to making it, Frank Zamacona is a producer and director who created and owns the business – Zamacona Productions. Since leaving the field of education in 1983, he has produced, directed, and consulted on more than 100 entertainment specials and series distributed by PBS, The Discovery Channel, ABC, HGTV, and Link TV. In addition, Zamacona has directed nearly 50 operas for simulcast theatrical distribution, television at the San Francisco Opera, Seattle Opera and Opera Company of Philadelphia. Other projects have included the Grateful Dead Movie, Link TV’s Fifty Annual Anniversary Special featuring Harry Belafonte and Dave Matthews as well as numerous specials and documentaries for KGO. Zamacona has received several Emmy® Awards and served on the Board of Governors of the San Francisco/Northern California Chapter of NATAS from 1989 until 1994.