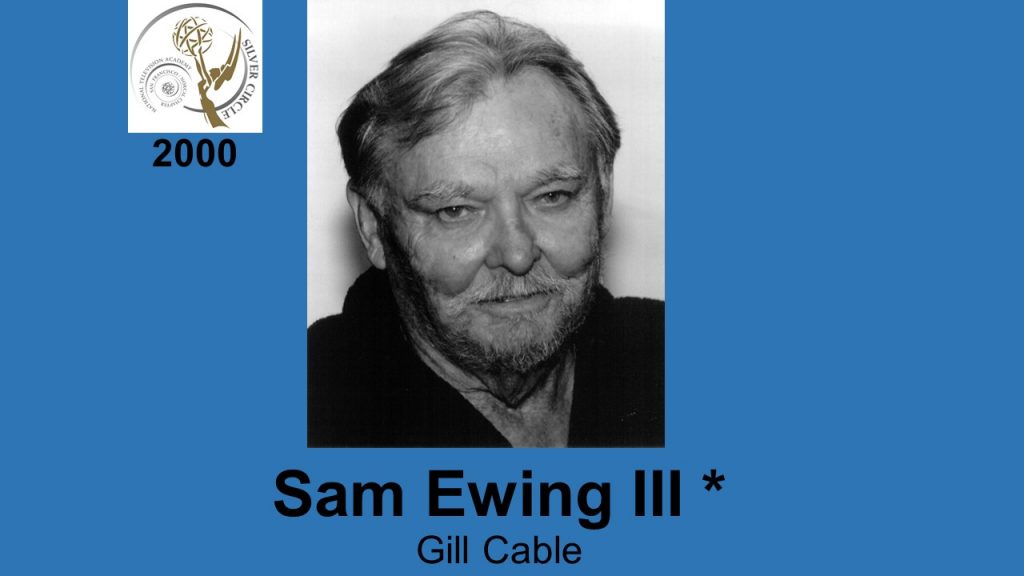 A true pioneer in the strictest sense, SAM EWING III was there when it started. As early as 1949 he formed an advertising agency specializing in TV commercial production and program production.

As writer-producer Sam created such shows as “Treasure Tune Clock” and “The Rusty Draper Show,” for KGO-TV; “What is It?” and “The Sandy Spillman Show,” for KPIX-TV; and “Stop the Press,” “Uncle George’s Cartoon Circus” and “Sweepstakes” for KRON-TV. He also produced the Bay Area’s first weather show, “Weatherama” featuring George Lamont for KGO-TV.

He also created, wrote and produced the nationally syndicated show, “Wonders of the World” and the NBC-TV program, “The Mysterious Universe” with Tom Groody.

During his career in broadcasting, he authored three books on the industry. Sam later became involved in Cable-TV production serving 18 years for Gill Cable.

In semi-retirement, he continues to keep busy as a free-lance writer. Sam now lives is Port Angeles, Washington. He will turn 80 on December 13th.