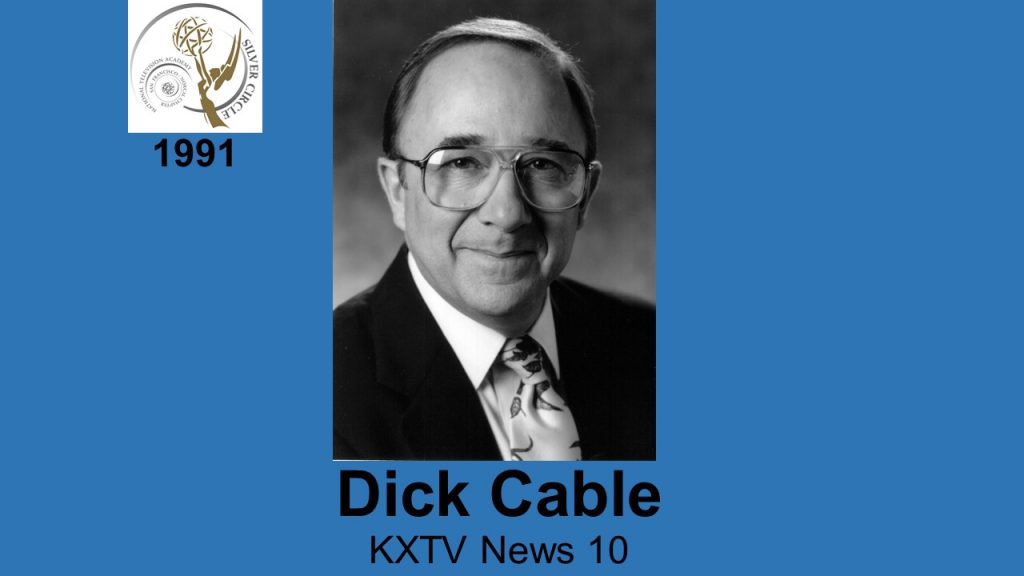 DICK CABLE. As a key member of the KXTV News Department since 1969, Dick haws won many honors, including Best Sacramento News Anchor ( 1990)-Sacramento Magazine, and Best Commentary (1990 & 1991)-Society of Professional Journalists. He started out in radio in Ft. Collins, moved to Cheyenne and Boise, becoming a television news anchor in that city in 1966. He is a lecturer in broadcast news at UC, Davis.