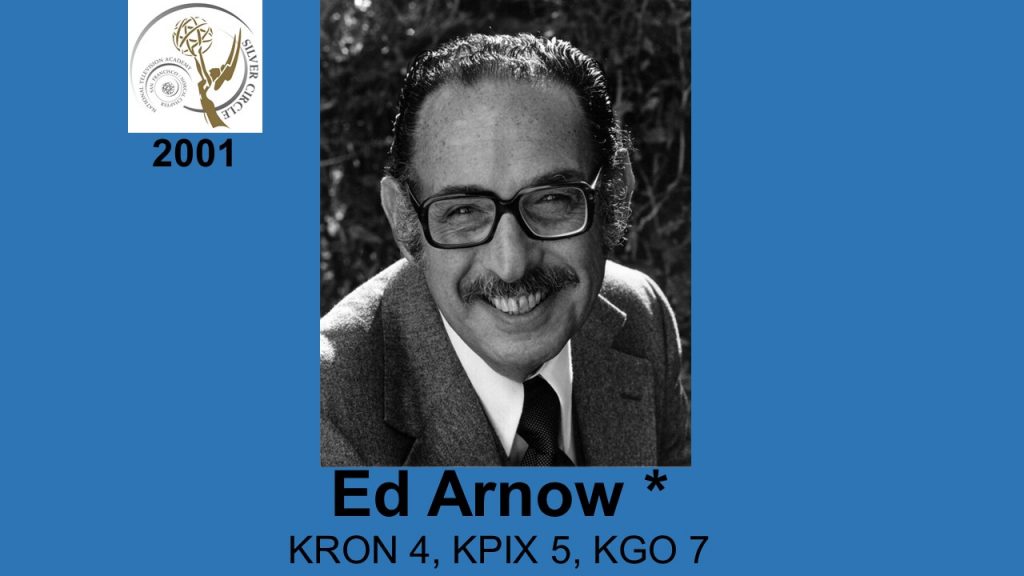 After a number of years as a reporter for KNBC radio in San Francisco, Ed Arnow moved to the NBC network in 1955, covering stories for radio and becoming NBC’s first network Northern California TV news correspondent.  He left NBC in 1965 to join the faculty of UC-Berkeley teaching classes in radio and television reporting while serving as a weekend reporter for KGO-TV.  In 1970 he joined the staff of KPIX as a reporter where he remained for 13 years.  While there Ed was the recipient of two Emmy awards, one for documentary reporting of illegal immigrants in California and another for the reporting of the Managua earthquake. He also earned a San Francisco Press Club reporting award. In the next few years he worked for KRON-TV as a business and financial news specialist. In 1985 he became the West Coast correspondent for the Wall Street Journal Reports television show. He joined KGO-TV  in 1988 for a two-year period taking on the position of writer-producer for KGO-TV news.  Ed is an active member of the Broadcast Legends.