A legendary reporter/anchor and broadcasting pioneer, Ed Arnow is remembered for his contributions to the industry and decades spent in the San Francisco Bay Area covering the news (read his Silver Circle profile in this edition).

With a full life and a successful career, Arnow died April 14 at his home in Discovery Bay. He was 95. Arnow was accomplished and had a dual master’s degree in Journalism and Psychology from Stanford University, where he met his wife, Jo. 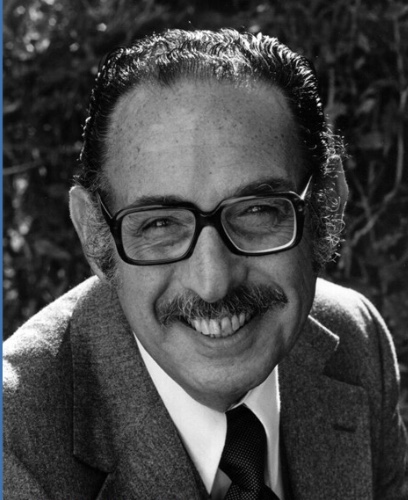 During his expansive career dating back to 1955, Arnow earned two Emmy® Awards for his work as a reporter. He was inducted into the Silver Circle of the San Francisco/Northern California Chapter of The National Academy of Television Arts & Sciences in 2001.

As many broadcasters did back in the day, Arnow started his career in radio. Then, in 1955, he took a television job with NBC News, becoming the network’s first correspondent in northern California.

In 1963, Arnow accepted a job as a foreign correspondent covering Argentina and Brazil. He and his family lived there for a few years before returning to San Francisco. He left NBC in 1965 to become an associate professor at UC Berkeley – of course – teaching radio and television. It didn’t take long before he was back on the air – this time – at KGO-TV in San Francisco.

In 1970, Arnow joined KPIX, where he remained 13 years. He later spent a few years working at KRON as a financial news specialist before joining the Wall Street Journal Reports television show. Even by then, Arnow still wasn’t done. Next, in 1988, he rejoined KGO-TV as a writer and producer.

Arnow covered all the bases. He played trumpet and led his own jazz band while in college.

Arnow was accomplished. In addition to his master’s degree from Stanford, he also received an MBA from San Francisco State University in 1983, while his career continued. That degree set him up perfectly to focus his reporting on business and financial TV news.

In retirement, Arnow continued to write as a freelancer for the Brentwood News until 2013. In addition to being a scholar and experienced journalist, Arnow was known for his integrity, wit, and charm.

Besides his wife, Arnow is survived by their three daughters.