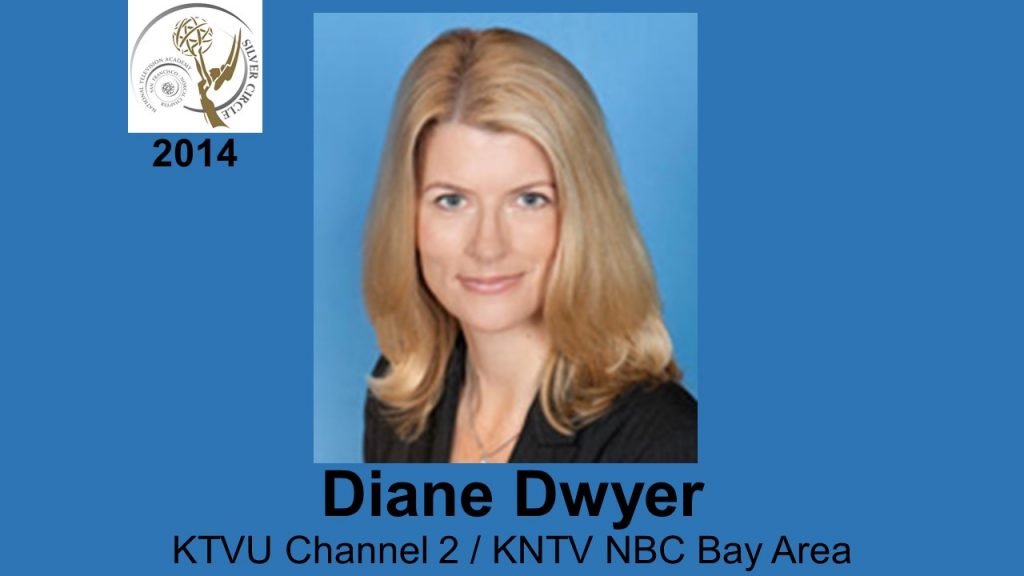 Diane Dwyer grew up in San Francisco and the Peninsula with six brothers and sisters, and she credits the Irish gift of storytelling for her success in journalism. She is a two-time Emmy® award winner and has received awards from the New York Film Festival, AP, Society of Professional Journalists and others as well. Diane started her career in 1988 as an anchor/reporter at KXLF in Butte, Montana where she survived the second coldest winter on record there. A year later, she moved to Chico, CA and worked at KHSL until she re-located to KTVU in 1990. While at KTVU, Dwyer’s reports included the Oakland Hills Firestorm, Bill Clinton’s inauguration, exclusive interviews with death row inmates and the search for Polly Klaas. She launched the Morning Show on KTVU with Ross McGowan in the mid-1990s and then became the solo anchor on the weekend in 2000. In 2002, she found her way to San Jose and became the solo anchor for the weekend news for NBC Bay Area. She traveled to Beijing and Torino (Italy) providing Olympic coverage and to DC for Barack Obama’s inauguration.  Dwyer is also a faculty member at the Berkeley-Haas School of Business at UC Berkeley (her alma mater) – teaching there for the past six years.  She is on the board of directors for the International House at UC Berkeley and Curry Senior Center in the Tenderloin of San Francisco. She serves as emcee, auctioneer and advisor for more than two-dozen non-profits.