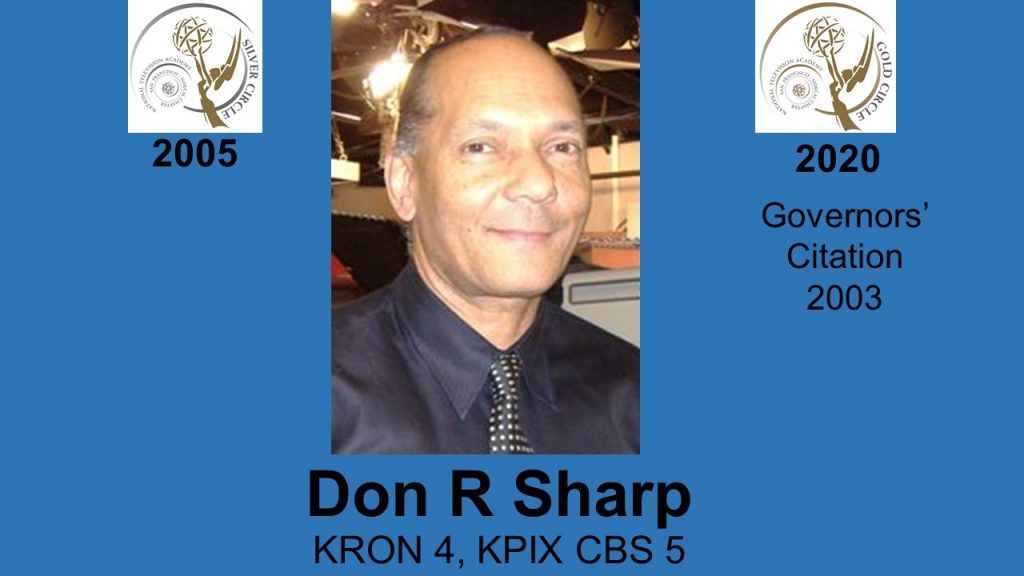 For more than 50 years, Don Sharp has been an innovator and respected newsroom leader. He held key news management roles at two network-owned television stations in San Francisco. His broadcast career began in San Diego in 1967 where he was one of the first African Americans employed by KOHO-TV, a Time-Life station. Sharp was hired as a film processer and soon promoted to news and sports photographer. In 1969, KRON-TV in San Francisco recruited him as News Film Supervisor. He stayed at the station 36 years. During his tenure at KRON, Sharp was promoted to News Operations Manager and Associate News Director. While at the station, Sharp designed and installed the first bridge traffic cameras on the Golden Gate, Bay and San Mateo Bridges, and led KRON’s transition from film to digital editing. He also launched the first
live helicopter in San Francisco. In 2005, Sharp was hired by CBS-owned station KPIX where he became a central newsroom leader responsible for technical operations. He helped produce coverage of the Bay Bridge’s new eastern span and oversaw unprecedented use of drone video in news. Sharp co-authored a book in 1985 entitled Microwaves Made Simple. It became a teaching textbook at Stanford University. Sharp is the recipient of six Emmy® Awards. In 2018, he was honored with the NATAS Governors’ Citation and inducted into Silver Circle in 2005. He also received the APTRA Broadcast Hall of Fame Award in 2009. 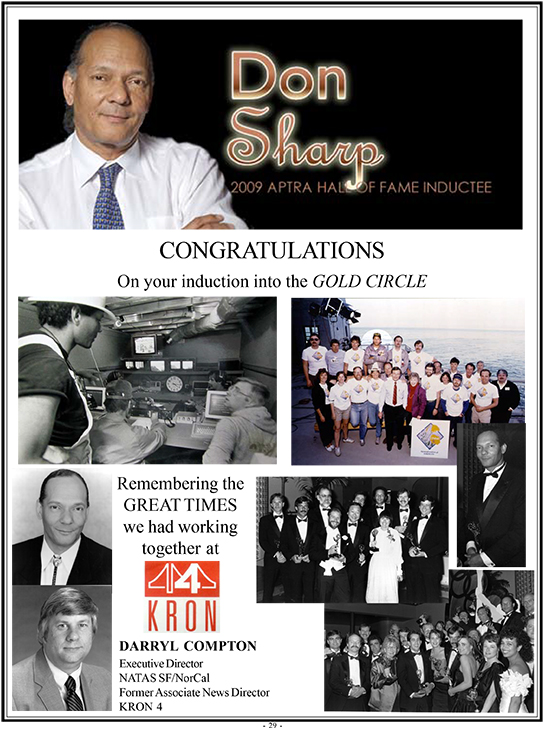