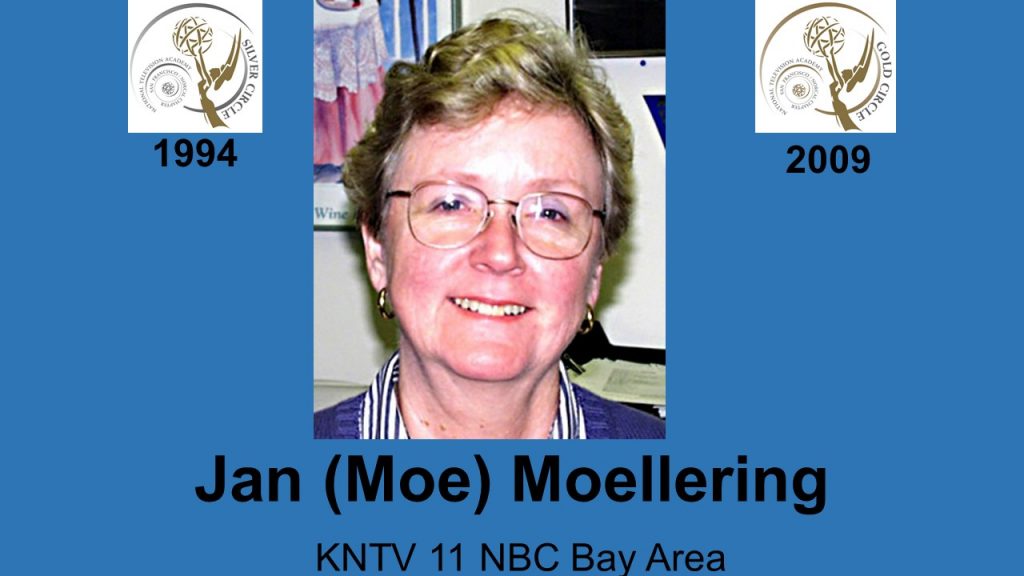 Jan Moellering began her broadcast career as the producer/host of a 15-minute weekly show about her high school.  She attended San Jose State College (now University) as one of only a handful of women majoring in Radio & TV Production. In her junior year (1959) Jan began her television career at KNTV working the phone banks for a new contest show.  She soon became show coordinator for Record Hop.  The show ended in 1964 and Jan spent the next decades in the Production Department keeping track of, among other things, all of the tapes that came and went out of the studio. She is now in Programming, managing the program schedules.  Jan has seen the transition from black and white film in the 50’s… to color cameras and color tape in the late 60’s… to today’s all-digital technology.  “I’ve seen KNTV grow from a tiny station in San Jose to an NBC O&O in the San Francisco Bay Area without getting out of my chair.”  By all accounts, in her 50 years at KNTV she has had an amazing and impactful career. 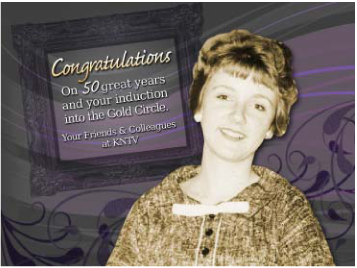