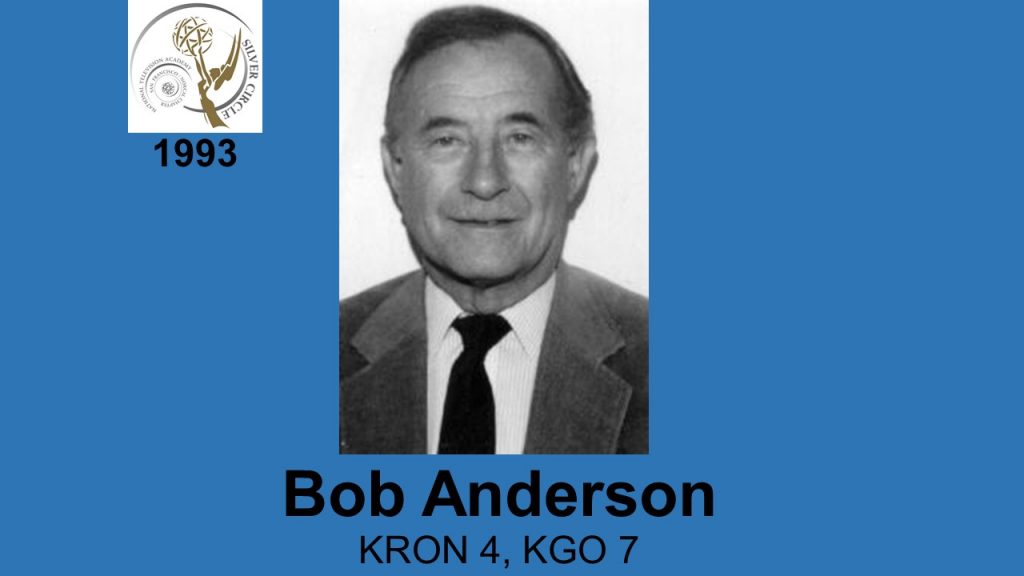 BOBANDERSON If Bob didn’t invent the television documentary art form, he at least perfected it. He’s won three Peabody awards, 43 Film Festival awards, and of course, the coveted Emmy. (He won 13 of them.) Bob started his award winning ways at KRON-TV in 1961 as a producer/director, going on to make more than 300 documentaries, educational films, foreign reports and other specials. For the past 15 years he worked for KGO-TV as a free-lancer.