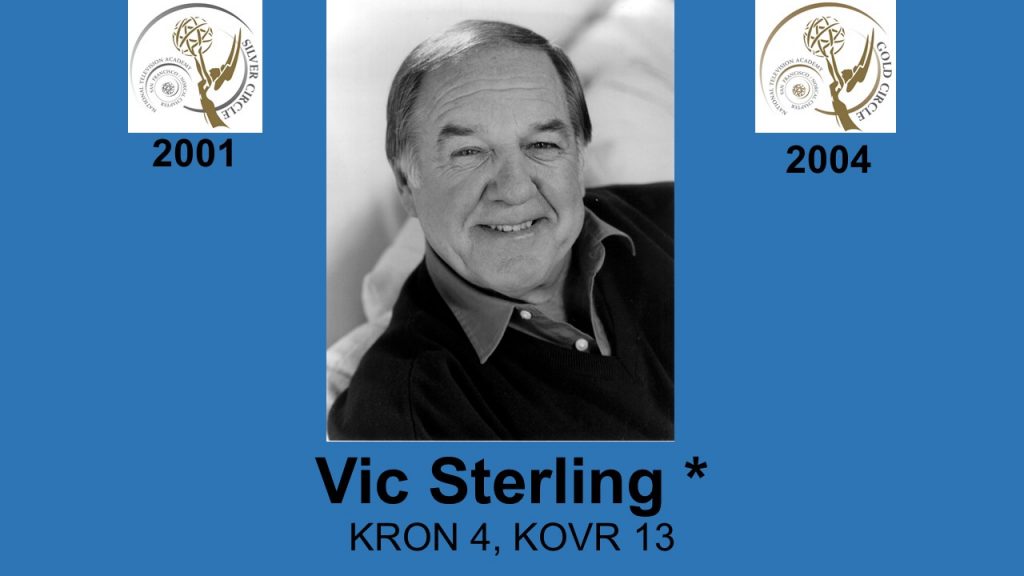 Vic started his broadcasting career in 1952 as a radio disc jockey but moved quickly into television joining KJEO Fresno in 1956 as on-camera talent doing news and hosting movies.  In 1962 he joined KCRL in Reno as their first announcer-director.  He moved from that to news anchor, sports director and ultimately program director. Vic then moved on to what became a 20-year run at KRON-TV in San Francisco as announcer-director.  While at KRON-TV he worked as a stage manager and associate director for NBC Sports on West Coast telecasts of the World Series, Bob Hope Chrysler Classic, and numerous football and basketball games.  In 1986 Vic joined the staff of KOVR-TV in Sacramento as an an nouncer and director.