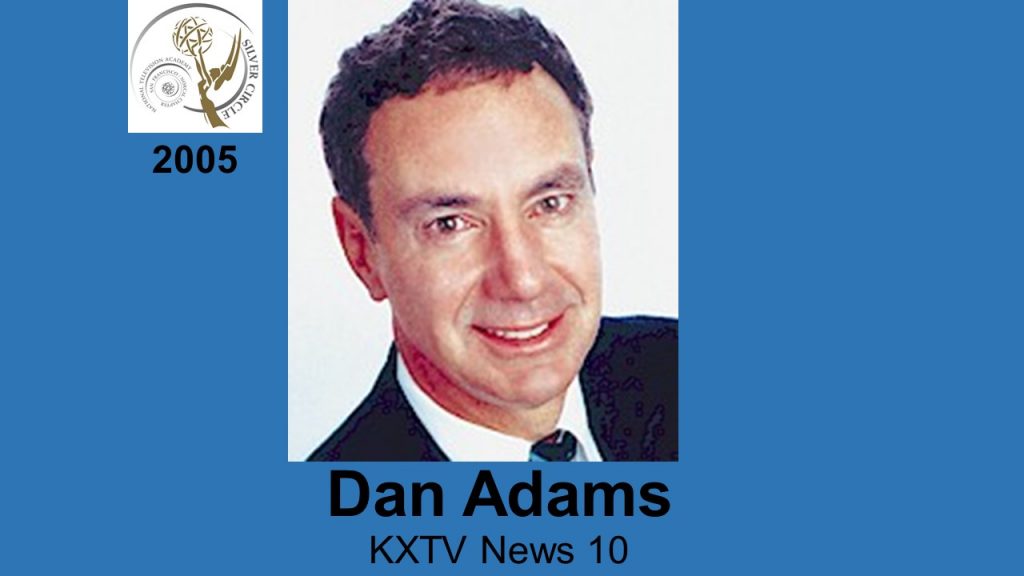 As a fourth generation Northern Californian, Dan Adams came to KXTV News10 in 1981. For six years prior, he served as the Stockton Bureau Chief before coming to Sacramento in 1987 as a general assignment reporter. Beginning his career in 1976 as news director/reporter at KPCO radio (Quincy, CA), Dan also worked at the Sacramento Bee for five years before joining KXTV. During his more than two decades reporting for News10, Dan has been honored with numerous awards including four Emmy® awards; an Edward R. Murrow Award for excellence in journalism; “Best of the West Award” for investigative reporting; and more than a dozen Associated Press and Society of Professional Journalists awards for live, breaking news, and feature reporting.  He is currently on the NATAS Board of Governors as the Sacramento Vice President.