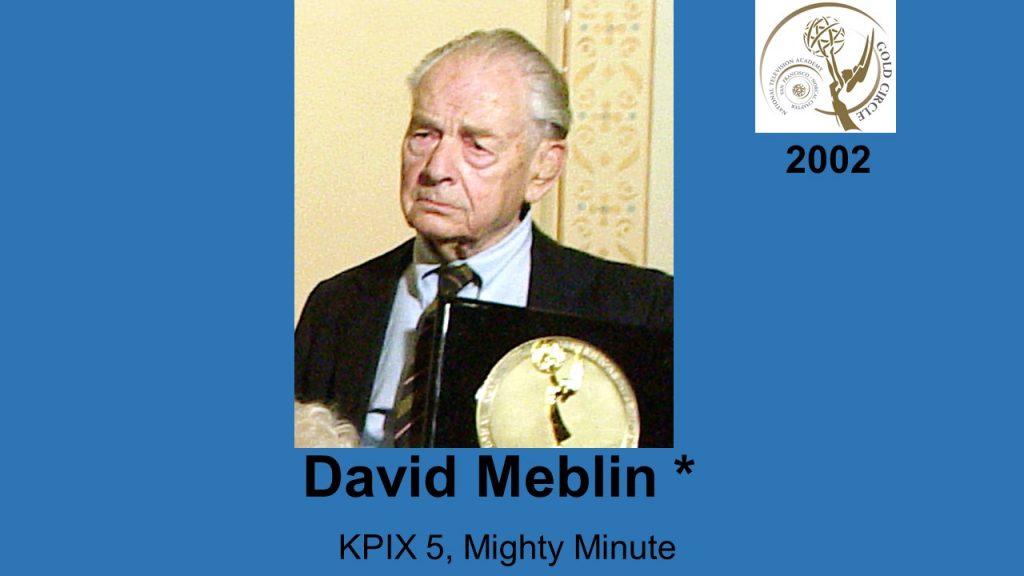 DAVID MEBLIN is a true television pioneer in the areas of advertising, sales and syndication.  He joined KPIX in March 1948, working in the morning for the Army debarking troop ships and the TV station in the afternoon, where he handled the station’s first advertising contract – Sterling Furniture in the test pattern!  He then affiliated with KGO-TV Sales in January 1950, later becoming a national sales representative with Avery-Knodel in March 1952 and remained for 23 years.  Retired for two weeks in 1975 he formed Mighty Minute Programs.  Mighty Minute is a company that pioneered the development of and syndication of television news features.  He launched Dr. Dean Edell and Joe Carcione (The Green Grocer) into national syndication.  Dave took Caltran from his home in Palo Alto to his office in San Francisco each day until he recently retired, at the age of 91.  He is currently living in Menlo Park.