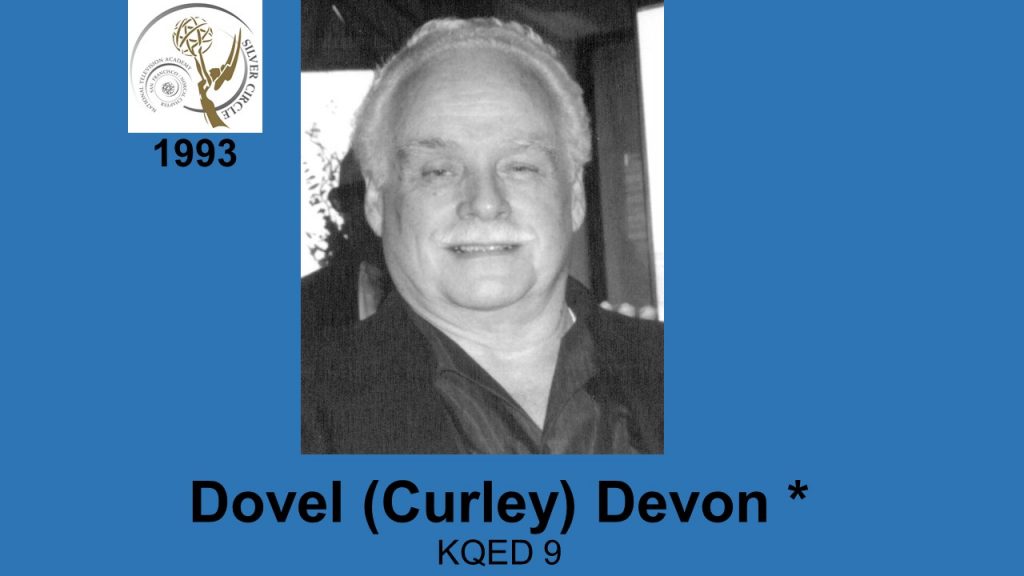 DOVEL (CURLY) DeVON Curly has always been the guy in the back room that makes things happen. Starting out in radio, then moving to television, in Yakima, Washington, he made the move to San Francisco, becoming a video engineer at KQED-TV in 1966, where he is still keeping things going. At KQED­ TV, Curly has run camera, worked remotes, and lit studios. Newsroom, Firing Line, Over Easy and World Press are but a few of the many programs and series he remembers. He is now Broadcast Supervisor Engineer at  KQED-TV.