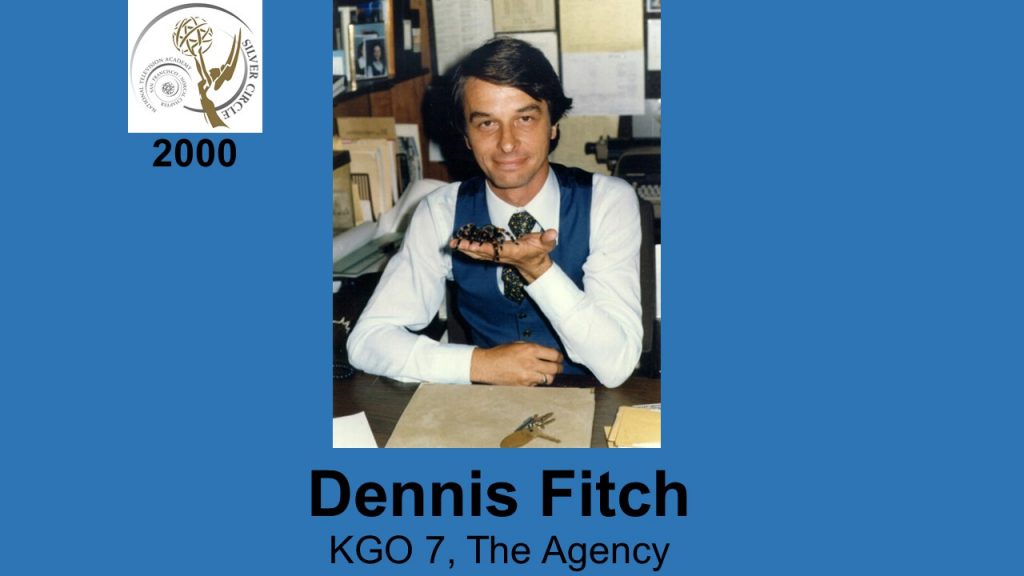 DENNIS FITCH first appeared on the Bay Area television scene in July 1966 at KTVU-TV. He moved on to KBHK-TV in 1969 and later joined KEMO-TV (now KBWB). Dennis became Promotion Director at KGO-TV in 1972. He than moved to the same job at KRON-TV where he remained until he took on a promotion director’s position with the ABC Network in 1982.

Seven years later, he started his own company calling it “The Agency,” a marketing firm with entertainment clients large and small including “3rd Rock,” “Oprah” and “Xena.”

Dennis has always been a fierce competitor in the business of boosting program ratings, but as he reminds his audiences in speaking engagements, “Winning includes more than ratings. It includes a sense and consideration of and for community needs