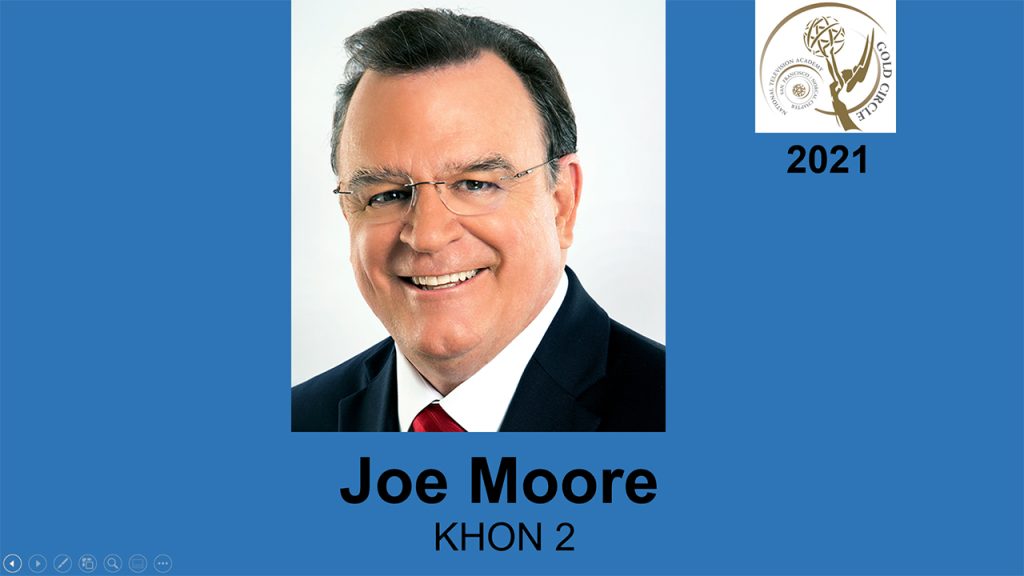 With more than 50-years working on television in Hawaii, Anchor Joe Moore is an experienced television veteran. In fact, he’s almost an institution on the islands. Moore’s career started after a two-year stint as an Army broadcast journalist. He was then hired as a sportscaster at KGMB in 1969. That was exactly 52-years ago. He moved to the news anchor desk at KHON2 in 1980, walking viewers through major historical events including the explosion of the space shuttle Challenger, Hurricanes Iwa and Iniki, the many eruptions of Kilauea Volcano and the attempted assassination of President Ronald Regan. Moore graduated from The Defense Information School in Indianapolis, and also attended University of Maryland. When not in the newsroom or holding down the anchor desk, Moore writes for theater and acts on stage in regional theatre productions.  He loves watching plays, movies, and listening to music. When it came to getting into television news as a career, Moore said that it seemed an obvious choice given his background in broadcasting during the time he spent in Vietnam. Though he also has a passion for theater, he saw TV as more reliable.  “It seemed a more dependable way to make a living and provide for a family than acting or writing,” said Moore.  Half a century later, sure seems that decision has paid off. 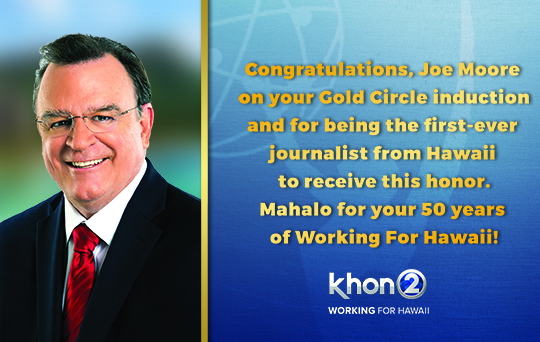