The San Francisco/Northern California Chapter of The National Academy of Television
Arts & Sciences was chartered in 1961.  It is dedicated to the advancement of the arts and sciences of television and the promotion of creative leadership for artistic, educational and technical achievements within the television industry. It recognizes excellence in television with the coveted Emmy® Award.

Our members come from all areas of the industry and include the following markets:

We are the only professional association representing television professionals from all disciplines of the industry, serving as the common meeting ground for those individuals dedicated to advancing the arts and science of television. Join us and make a solid investment in yourself, your career and your industry. And, because you get great savings along with your membership, it’s a real value, too! Join Here 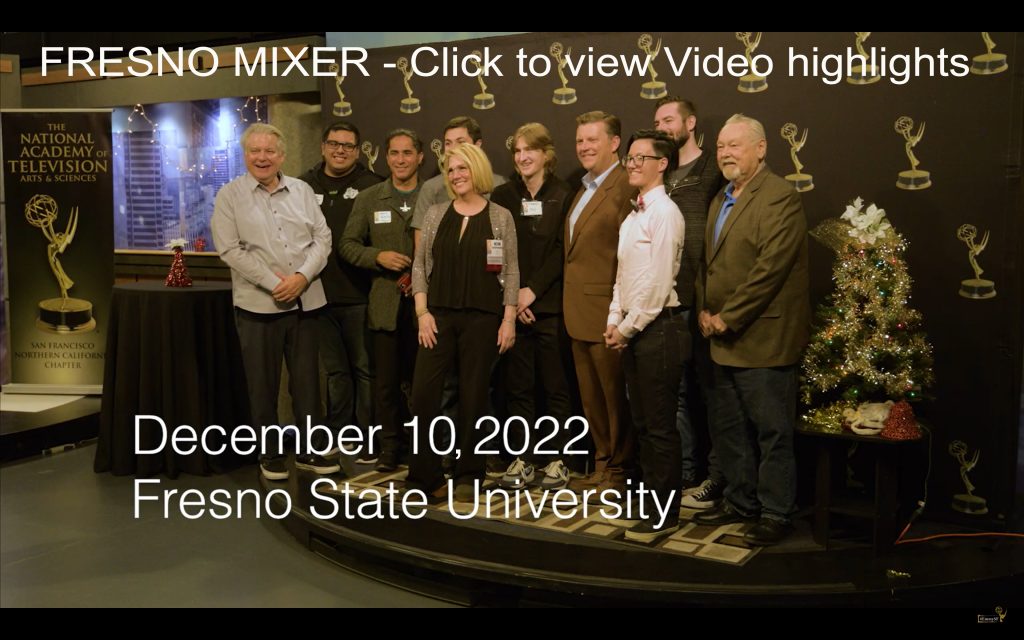 MAY
4 – 52nd Northern California Area Emmy Awards – NOMINAITONS ANNOUNCED – 8am on emmysf.tv website
13 – Board of Governors Meeting – 10am – Zoom