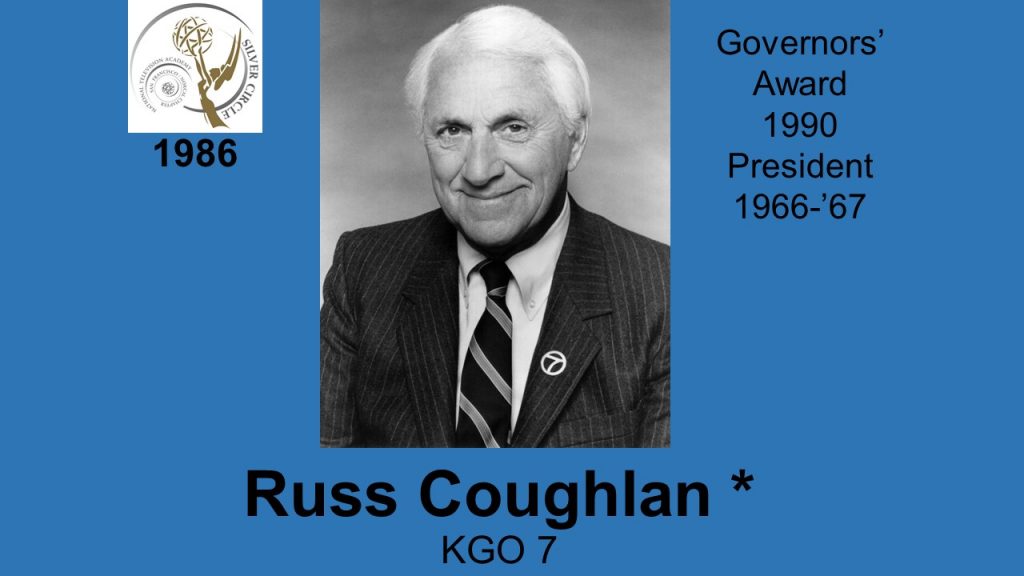 RUSS COUGLAN, KGO.:rv, began his career as one of the original members of Armed Forces Radio. In 1945 he joined KROW radio in Oakland where he worked with Don Sherwood and Phyllis Diller. After rising to G.M. he left for KCBS and ultimately KGO.:rv as General Sales Manager. He became VP & GM in 1971-during the ‘great years’.Moving to New York in ’79, he returned to KGO in 1980 to re-join both radio and television.