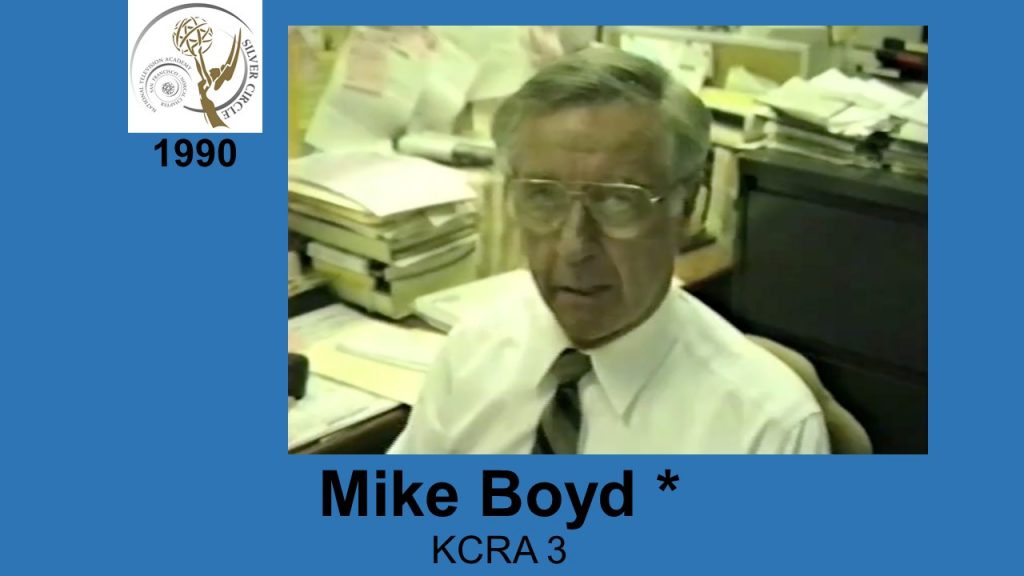 MICHAEL BOYD . With a background in news broadcasting at the Voice of America and NBC in Washington, D.C., and on-air news in Seattle and Maine, Mike joined KCRA-TV in 1963, anchoring the late night news. He is the only reporter to be allowed on death row in San Quentin, was present when Robert Kennedy was assassinated, and covered the return of 400 veterans from Vietnam. Medical breakthroughs are his specialty.