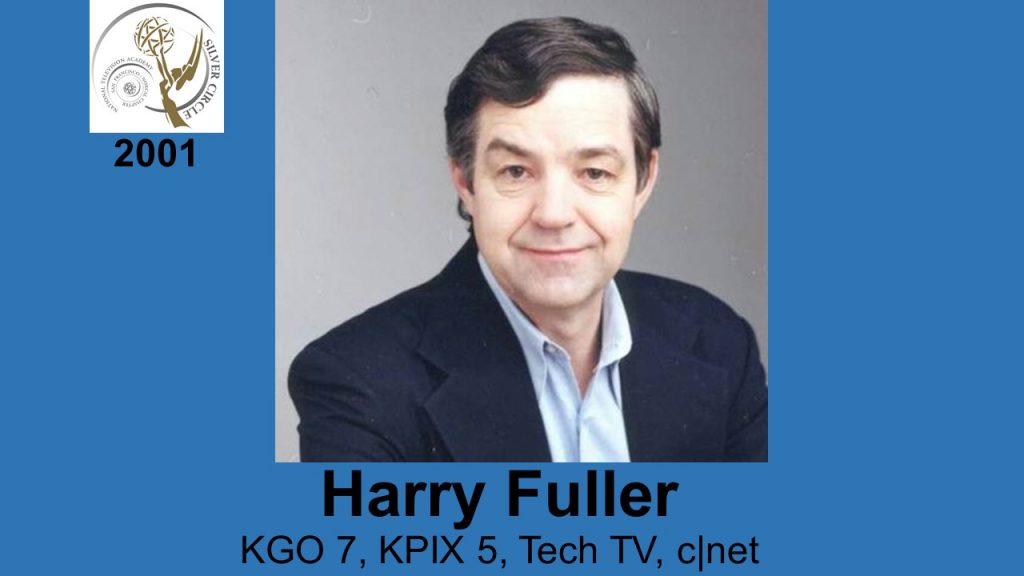 IIf there ever was a classic example of the messenger that made good, this is it.  Harry Fuller started his television career as a messenger for KPIX in January, 1969, and by the mid 90’s he was the station general manager. His decision to choose news as his route to major success paid off for him.  Later at KPIX he rose to the position of assistant news director. He worked at KPIX three times, KGO-TV twice.  In 1972 he was hired by KGO to produce the Bay Area’s first hour-long newscast, at 430PM.  By 1975 he was back at KPIX (after a two-year hiatus in the Midwest). There he was producer, executive producer, assistant news director.  Then in 1977 he was hired away by KGO-TV as morning assignment editor where he eventually moved up to the position of news director in 1985. While at KGO-TV, Harry gained a reputation for encouraging aggressive news reporting, earning for the station a trademark for “jumping” on breaking news. He oversaw coverage of the Milk-Moscone murders, the hundreds of deaths at People’s Temple in Jonestown, Guyana, and the start of the AIDS epidemic.  Under his leadership the station earned Emmy, Edward R. Murrow and Peabody awards for its coverage of the 1989 Loma Prieta earthquake. In 1990 KGO news put reporter Paul Wynne on the air to report on his own imminent demise from AIDS.  No other AIDS victim had ever talked straight to TV viewers before and the series drew news attention from across the globe.   Later that year KPIX lured Fuller back where he first served as the news director earning numerous Emmys for that station, and later as the station’s general manager. In 1995 KPIX built one of the first local TV station websites in the nation. In 1998 Harry joined ZDTV as news director where he led that network’s ground-breaking coverage of the computer industry and the digital economy.  In October, 2001, he joined CNBC Europe where he was executive producer and then assignment manager.  After four years in London he returned to San Francisco as executive producer of video at CNET. Fuller retired in 2007.  Since retirement he moved to Oregon and has published natural history books, including San Francisco’s Natural History, Sand Dunes to Streetcars. He regularly writes about birding at atowhee.blog