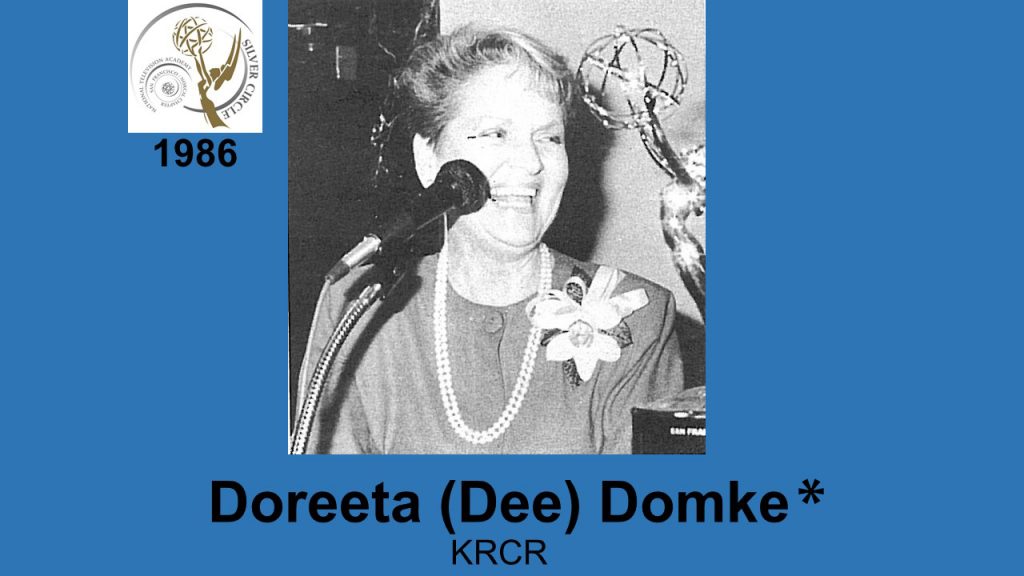 DOREETA ‘Dee’ DOMKE, KRCR-TV, began as a receptionist/secretary at KVIP (now KRCR­ TV). She soon became an on-camera spokeswoman for many clients, she hosted movies and game shows. In 1961she entered Sales, and in ’63 added traffic and programming, taking over Operations in 1966. In 1984 Dee was honored as Outstanding Business Woman of the Year in Community Service.