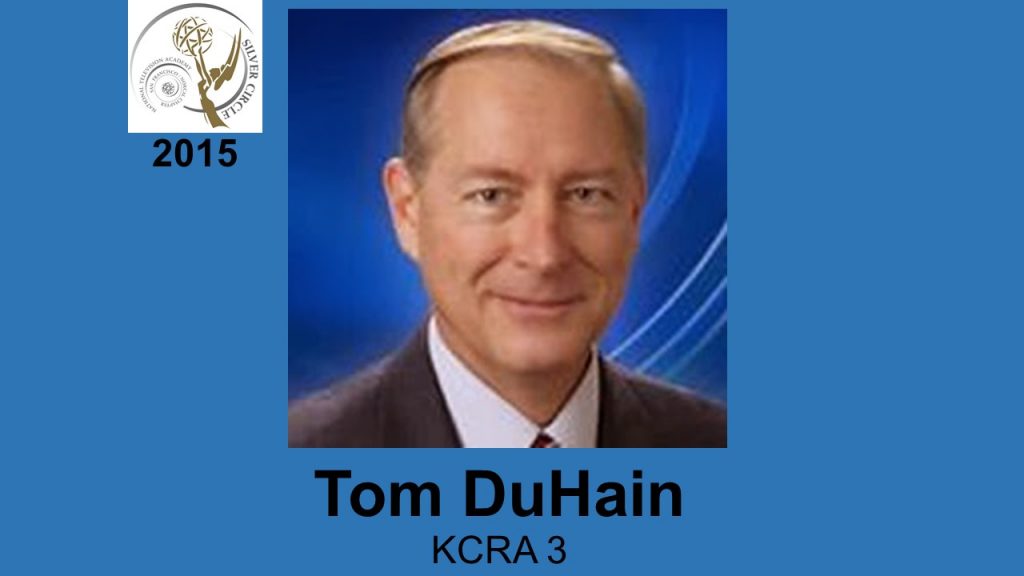 Tom DuHain is a journalistic force in the Sacramento market, having recently retired from NBC affiliate KCRA 3 after 46 years reporting and anchoring for the station. He joined KCRA in 1968, appearing as a regular member of the 11pm news. As a weather forecaster in the 1970s, he presented the first pollen and air pollution reports in the Sacramento market. DuHain moved to news anchoring and reporting in 1979, covering the Rancho Seco Nuclear Power plant. By 1984, he had received the “Gold Medallion” from the National Council for Christians and Jews; and the Adenauer Fellowship for foreign reporting in Germany, which resulted in his 10-part series on divided Germany. In 1989 until his retirement in 2015, he became a field reporter, specializing in the coverage of utilities, weather impacts, railroads, earthquakes and California history and religion. In 2015, he was honored for his distinguished career by the California Legislature. DuHain served two terms as trustee for the Los Rios Community College, the youngest elected college-board member in state history. In 1986, he was ordained deacon with the Chaldean Catholic Church. He is a Communications/Media Advisor with the Solar Cookers International and involved with Big Brother/Big Sisters, Easter Seals Telethon and the U.C. Davis Cancer Center.