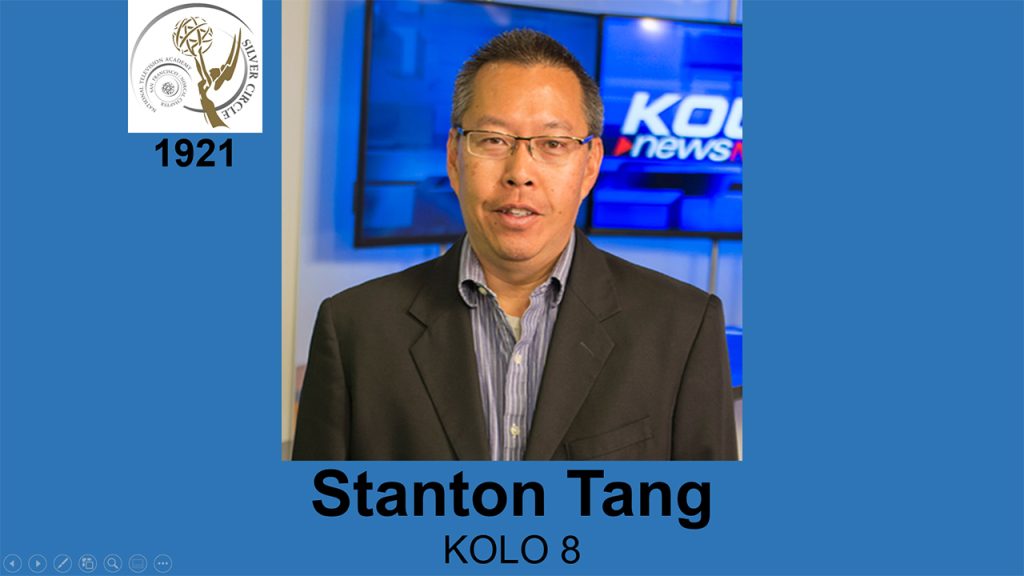 Stanton Tang brings a wealth of experience to KOLO-TV as news director. Under his leadership during COVID-19, Tang provided guidance to his station, focusing on serving all viewers and proactively tackling issues of equality surrounding the pandemic. Tang grew up in Phoenix, Arizona where he landed his first job in broadcasting as a producer at KPNX before even graduating from Arizona State University in 1988. After completing his degree, he was hired by Sacramento NBC Affiliate KCRA. There, Tang produced newscasts and the station’s Asian American Public Affairs program entitled “Perceptions.” After nine-years with KCRA, Tang moved into management at KLAS in Las Vegas. Then, it was on to Grand Rapids, Michigan at WZZM. There, he received an Emmy® Award for a News Special. With his guidance, the station also received an Edward R. Murrow Award for four consecutive years. In 2014, Tang moved to Reno as News Director at KOLO TV. He’s committed to creating opportunities for excellence in reporting and diversifying his newsroom.