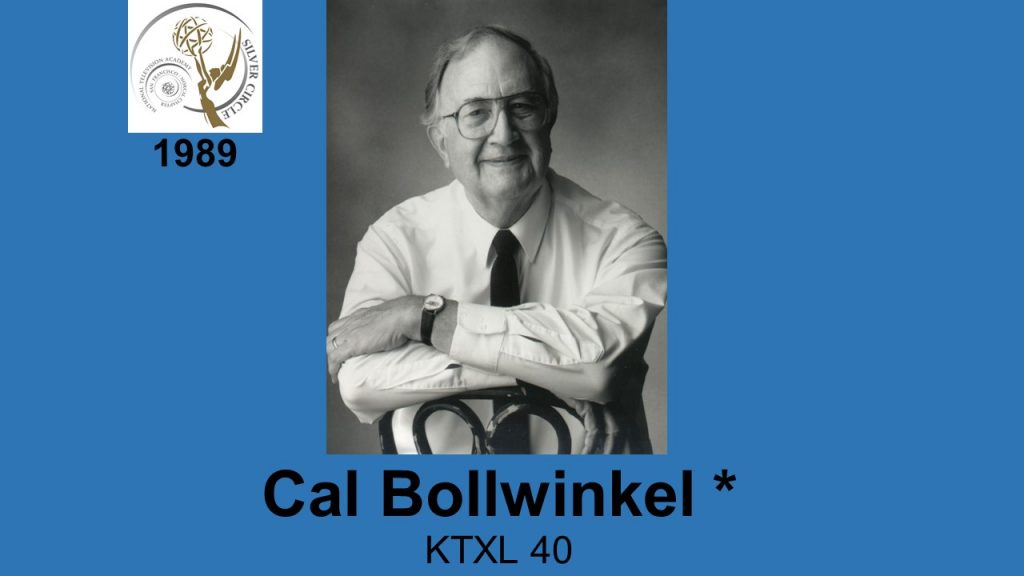 CAL BOLLWINKEL is currently Program/Operations Manager at KTXL in Sacramento. Cal is also the editorial “voice” of TV/40 and has delivered more than 600 editorials. He has served as Corporate Program Manager of the BMA stations in Portland and Denver, as well as Sacramento. His television background also includes stints as Program Manager at KXTV, Sacramento, Executive Producer and . Assistant Program Director at KPIX. He was producer of “Contact” with Tom Snyder, Philadelphia. He has a back- ground in radio, as well, and was  Program  Manager  of KYW, the second all-news radio station.