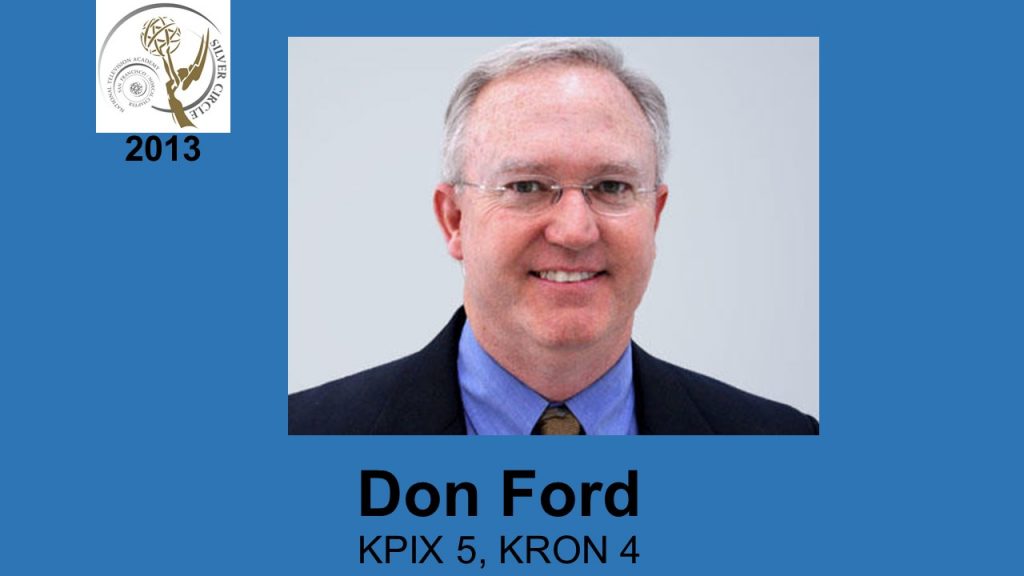 Don Ford’s television career began in 1978 in Corpus Christi, Texas. After a short stint there, he moved to KOVR, where in the early ‘80s, he was the first photographer at KOVR to cover a live shot of the Manteca Flood. He moved over to KXTV for a short while, but was quickly hired at KRON where he developed a reputation for being organized, traveling light and ready to “hit the road” on a moment’s notice. KRON sent Ford all over the world from Saudi Arabia/Kuwait border to Central America. In 2001, Ford was hired as the News Operations Manager for KPIX where he instituted new technology procedures including modernizing the entire ENG fleet; negotiating a new helicopter contract and self-tracking system; redesigning the satellite truck; and was instrumental in introducing the first non-linear editing at the station. After five years, Ford returned to working in the field. Ford has been recognized by the Bay Area Press Photographers Association, and has won numerous Emmy® Awards. He joined the Bay Area Press Photographers Association in the early ‘80s, eventually becoming Vice President. As VP, he grew the video side of BAPPA from a small local group into a true Northern California organization involving hundreds of television photojournalists. A former Eagle Scout, Ford is currently Scout Master of Troop 14 in Albany.