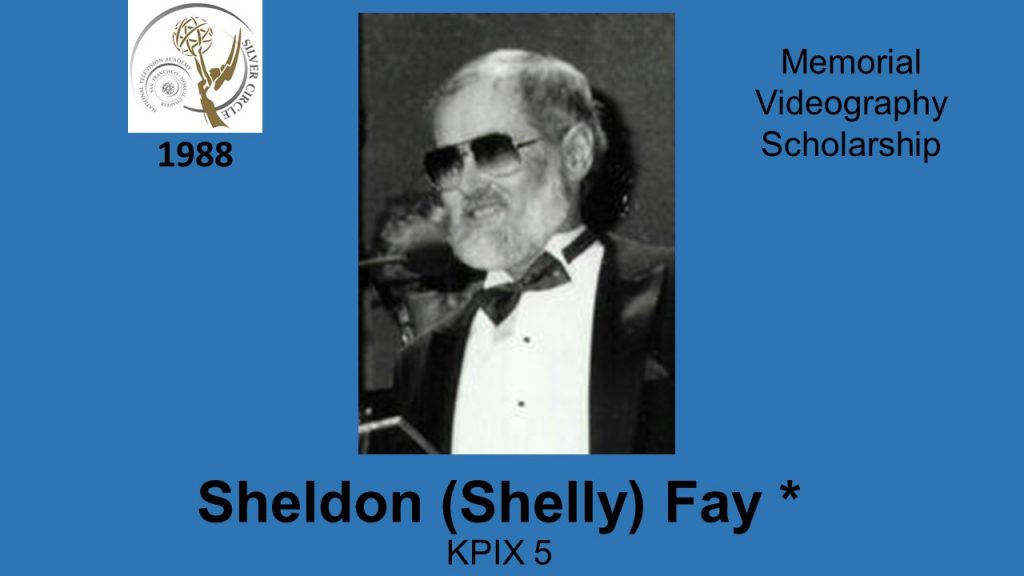 SHELDON ‘Shelly’ FAY, KPIX, producer, director, photographer, film editor, bon vivant and all round nice guy began his career at KPIX in 1962. From 1964 to 1970 he served as Vice President of Mendelson Productions.He left Lee to set up his own company for the next five years before returning to KPIX where he has worked on Evening Magazine, Impact, All Together Now, SuperKids and Hot Streak. He has won numerous Emmy Awards