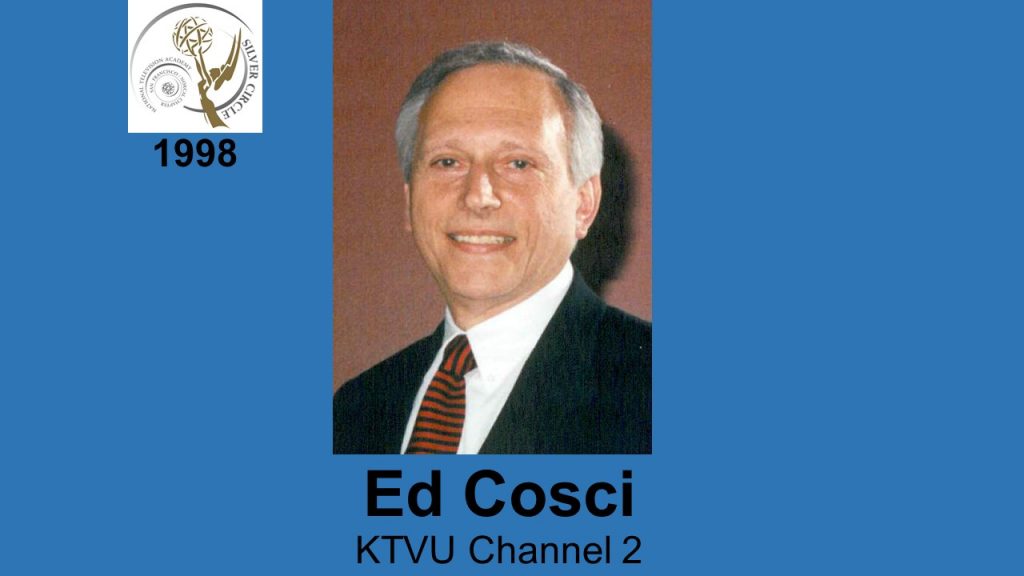 Ed Cosci began his television career as an engineer with KTVU in 1960, after two years in radio broadcasting at KNBC and KSAN.  While at KTVU, he also served as an instructor at the College of San Mateo for 23 years.  He taught broadcast television operations to many students who are now active in the television industry, many of whom are currently employed at KTVU. At KTVU, Ed was a supervisor and also the Engineer-in-Charge of all of KTVU’s special events.  That included such programs as The Chinese New Year Parade, the Last Air Show at Moffett Field, Emmy presentations, world wide teleconferencing, and local and national news election coverage.  He also served in the same capacity for 49er remotes around the country.  One of those remotes included a pre-season game in Japan.  In 1997, Ed was promoted to the position of Engineering Manager of Operations. In that capacity, he is responsible for supervising a staff of 45 full and part time engineers.