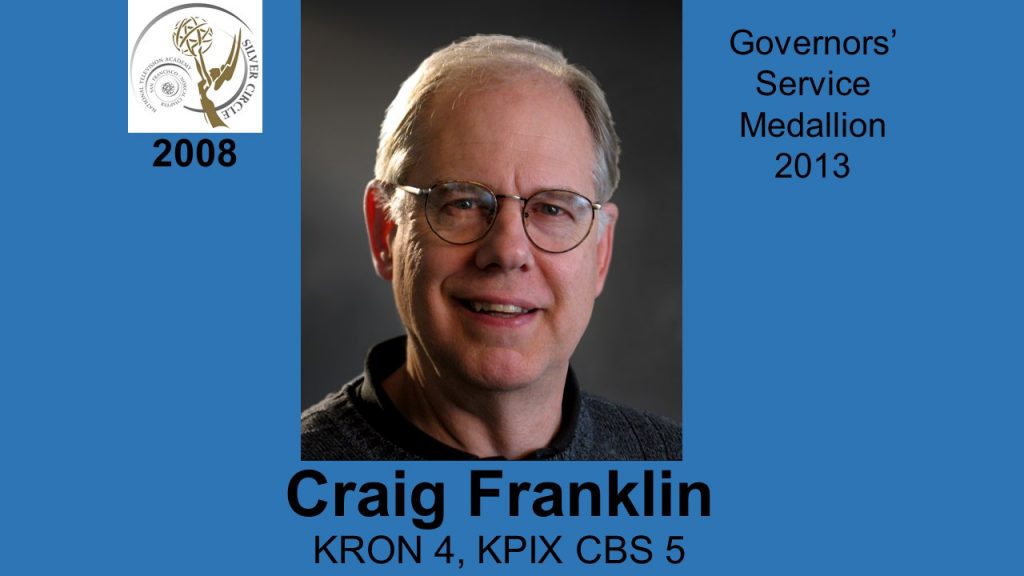 Craig Franklin has been Senior Producer/Videographer for News Special Projects at KPIX CBS 5 since 2004. He started in San Francisco at KRON 4 in 1977 as a Broadcast Engineer and News Cameraman and was later promoted to Special Projects Producer/Cameraman in 1983. Craig’s programs, which have taken him to El Salvador, Northern Ireland, Israel, Hong Kong as well as throughout Northern California, have resulted in 19 Emmy® awards for producing, camera work, video editing and writing; 3 Peabody Awards and a DuPont-Columbia award. The recipient of Columbia University’s “Diversity Leadership Award” for his stories on race relations, Craig has used his programs to train students and professional journalists on race reporting. He has twice been invited by China Central Television to lead seminars in Beijing on television production techniques. In July 2004, KPIX offered Franklin the position of Executive Producer for 30 Minutes Bay Area, a pilot version of the CBS news magazine 60 Minutes. The quarterly program ran for two years. A current Governor for NATAS, Craig is also Chair of the Awards Committee, and has received 19 Northern California Regional Emmy® Awards. 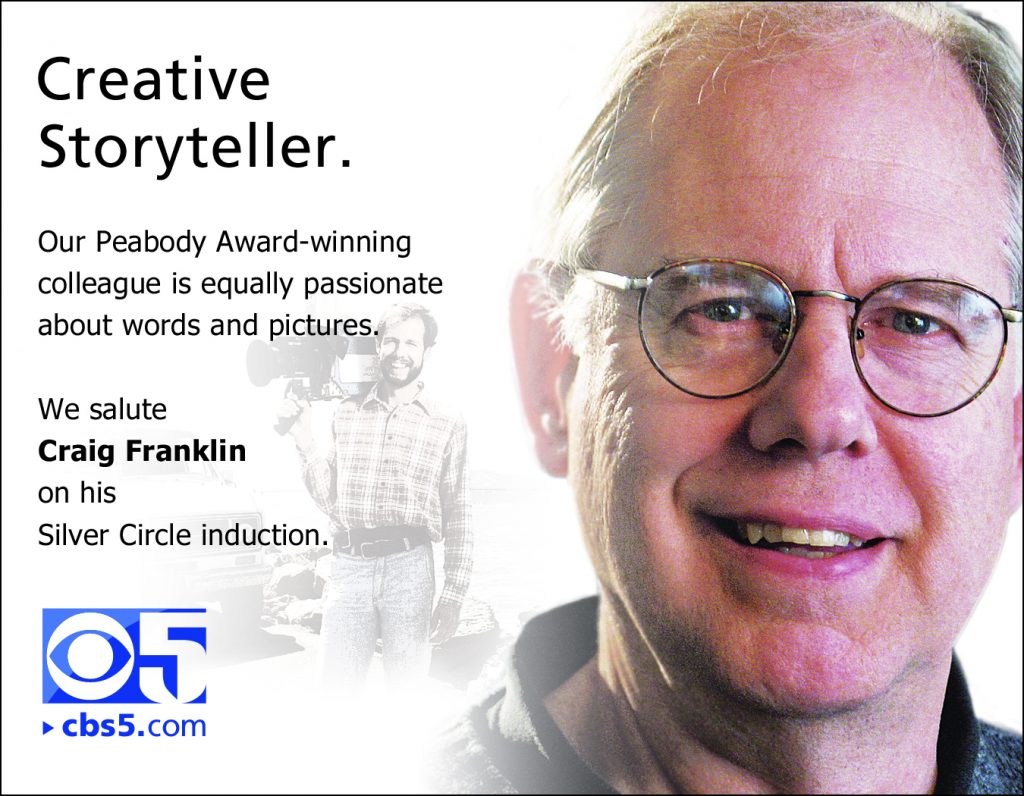