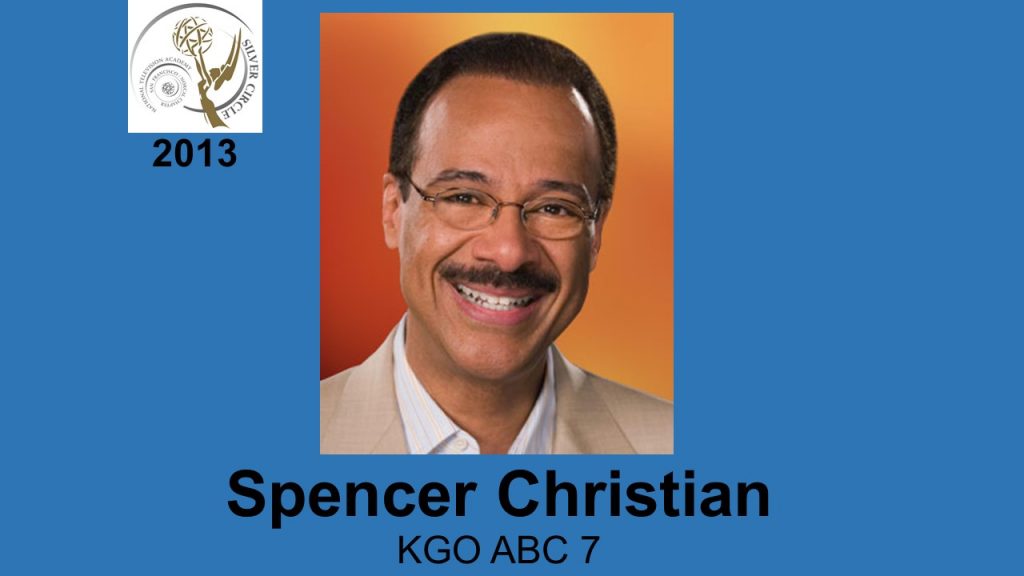 Spencer Christian joined the ABC 7 News team in January 1999 and is the weather forecaster for ABC 7 News at 6 and 9. He also co-hosted The View from the Bay. Christian moved to ABC 7 after nearly 13 years with Good Morning America, where he did national weather reports and specialized human interest stories. Prior to his years in New York, Christian was weathercaster in Baltimore, and host of the talk show, Spencer’s World. He began his television career in 1971 in Richmond, Virginia, as a news reporter, covering state and local politics. While in Richmond, he won the Better Life Award for his reports exposing abuses in Virginia’s nursing homes; and in Baltimore, an Emmy® Award for a series on declining language skills among America’s youth. A native of Charles City Virginia, Christian is also an Army veteran with a B.A. from Hampton University. He devotes a good deal of his time to the March of Dimes, Special Olympics, the American Cancer Society, Big Brothers, Boy Scouts and Girl Scouts of America, the United Negro College Fund, the Make-A-Wish Foundation, and others. In addition, he has served as the ABC Network’s spokesperson for children’s literacy, and authored the “Spencer Christian’s World of Wonders” children books. An avid sports fan, he is also a wine enthusiast and private collector. 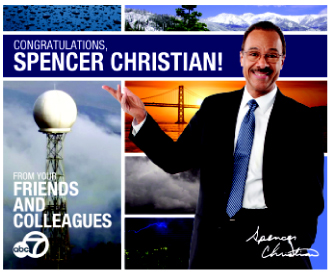