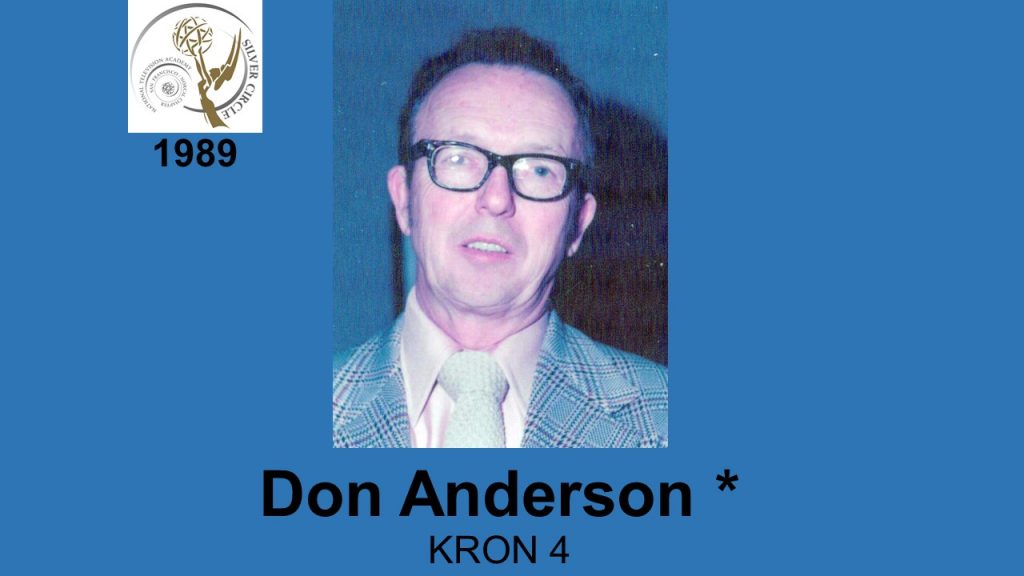 DON ANDERSON began his career as a television tech­nician in 1949, at the then brand-new KRON-TV. His positions at KRON-TV included transmitter supervisor and assistant chief engineer, where he contributed to the design and installation of the present Van Ness Avenue television facility.  In 1979,  Don was employed  by KPIX where he worked on special technical assignments until his retirement in October 1980.