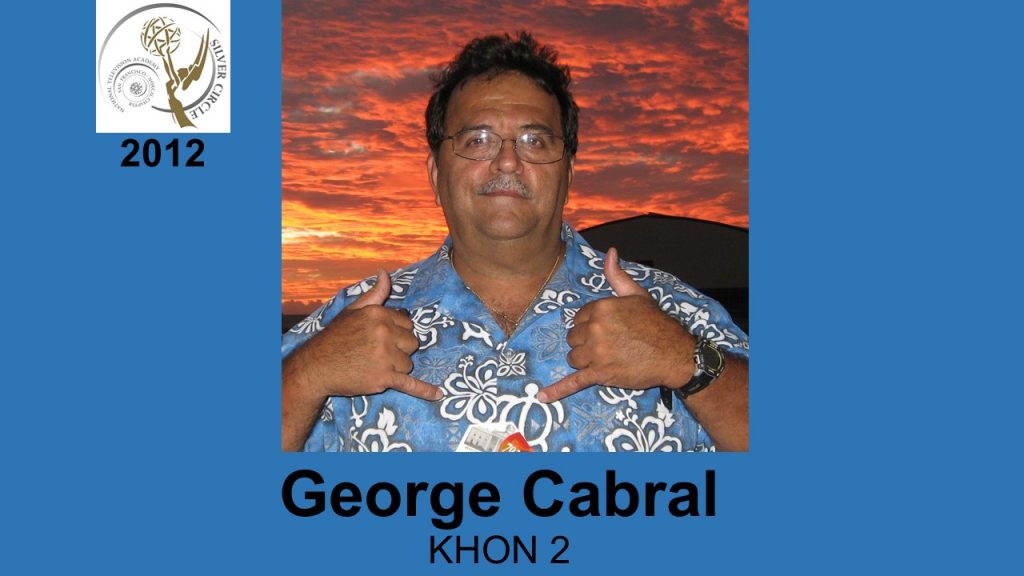 For the residents of Hawaii, George Cabral serves as a key component in the communication of important news information. As a past photographer for the Honolulu Advertiser and Viet Nam veteran, Cabral has worked as a news cameraman for KHON 2 News for the past 37 years. He has been responsible for covering emergency and spontaneous breaking news around Oahu for live shot segments.  In addition, he has covered every Presidential visit to Hawaii since John Kennedy, having traveled to nearly every island in the Southern Pacific to bring back visuals for investigative and feature stories and other international news events. Starting at the age of eight, George Cabral’s father, a TV cameraman, put a camera in his son’s hand and told him to start filming.  Cabral Jr. developed an immediate interest in camera work. Although he has never submitted any of his work for any awards, Cabral has been a trainer and mentor at KHON and is responsible for accolades given to reporters for stories he has shot. He also manages the Cabral Archives, the most comprehensive library of television news footage in Hawaii. Though his career revolves primarily around camera work, Cabral still loves photography. In his spare time he shoots pictures recreationally and even volunteers to photograph family events.