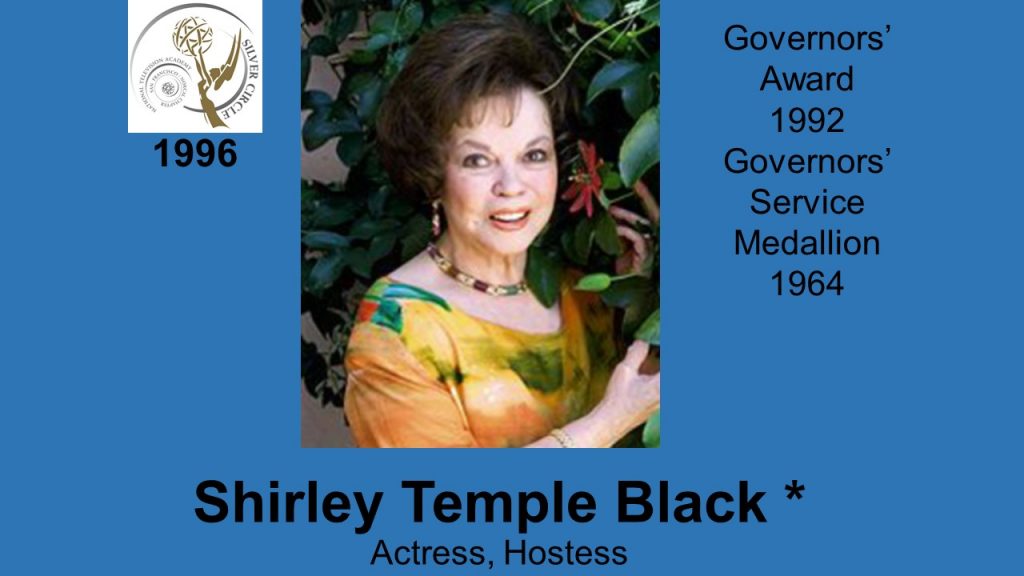 Shirley Temple Black, well-known motion picture and television actress, is a long-time member of our Chapter and strong in her support of it. She has served as Honorary Chair, Emmy Awards; received the Chapter’s highest honor, the Governors’ Award, and has been highly active in community service. From 1989 to 1992 she was U .S. Ambassador to the Czech and Slovak Federal Republic in Prague. She was Chief of Protocol  of the  United  States, 1976-77