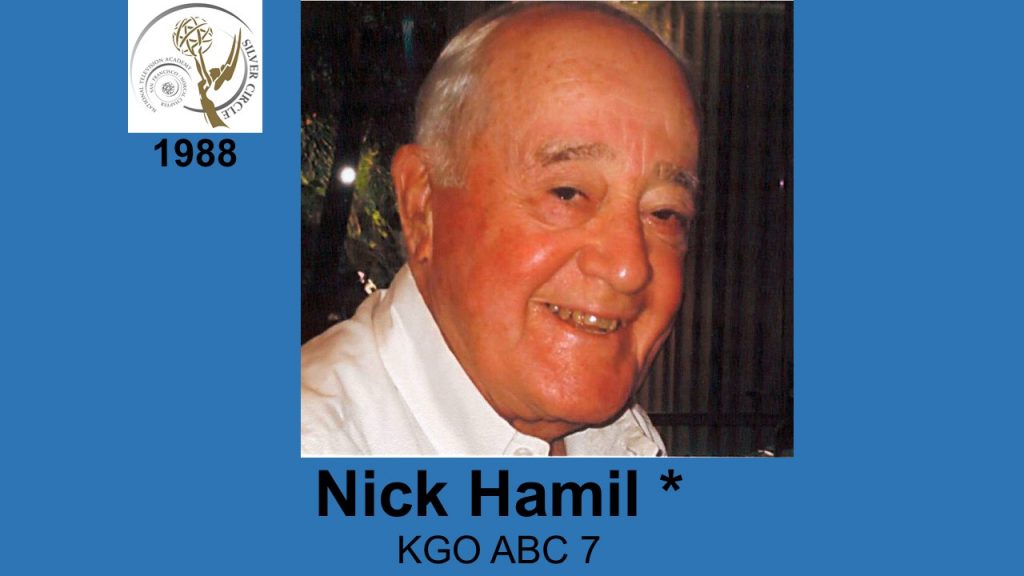 NICK HAMIL, KTVU, a native San Franciscan, entered television in 1954 as a production person with duties of scenic carpenter,/ painter, graphics and stage hand at KGO-TV. He was Art Director on the Tennessee Ernie Ford Show. In 1972 he went to KABC as Graphics Manager, but returned to KPIX two years later as Art Director. He joined KTVU in 1978 as a designer, and later Art  Director.