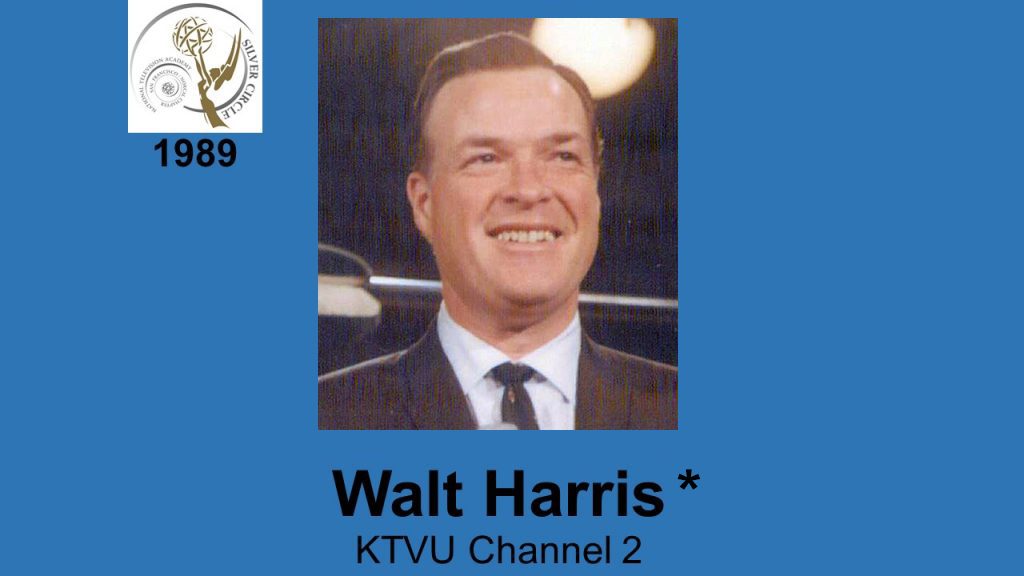 WALT HARRIS began his radio and television career in 1954 as a free-lance announcer. His talent and love of sports over the past 35 years has given Walt involvement in station management and production. ·On the management side, he has worked at KFRC, KNTV, KOVR and KTVU. As a sports producer/director at Channel 2, his resume includes working with the Oakland A’s, San Francisco Giants, NHL Hockey, NBA Basketball, World Team Tennis and Pac 10 basketball. And many fondly remember Walt’s role as producer of Roller Derby in the early days of KTVU.