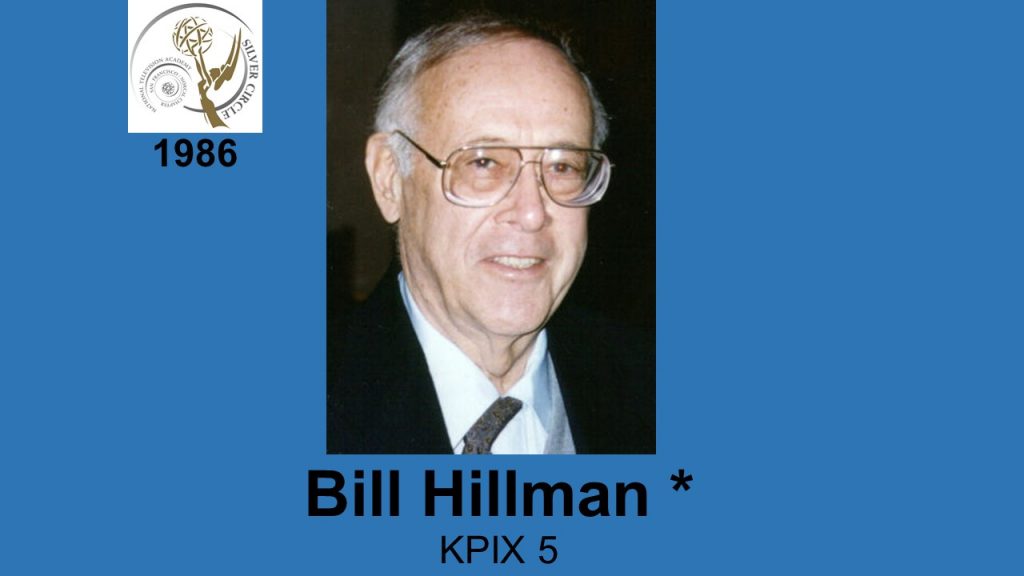 BILL HILLMAN, KPIX, has been a Reporter/ Anchor for Ch. 5 Eyewitness News since 1953. He got his start in radio in Boise, Idaho in 1942. In 1947, he moved to the Bay Area and worked as an Engineer/Announcer for KWBR and KSAN. He served as National President of American Federation of Television and Radio Artists from 1979 to 1984.