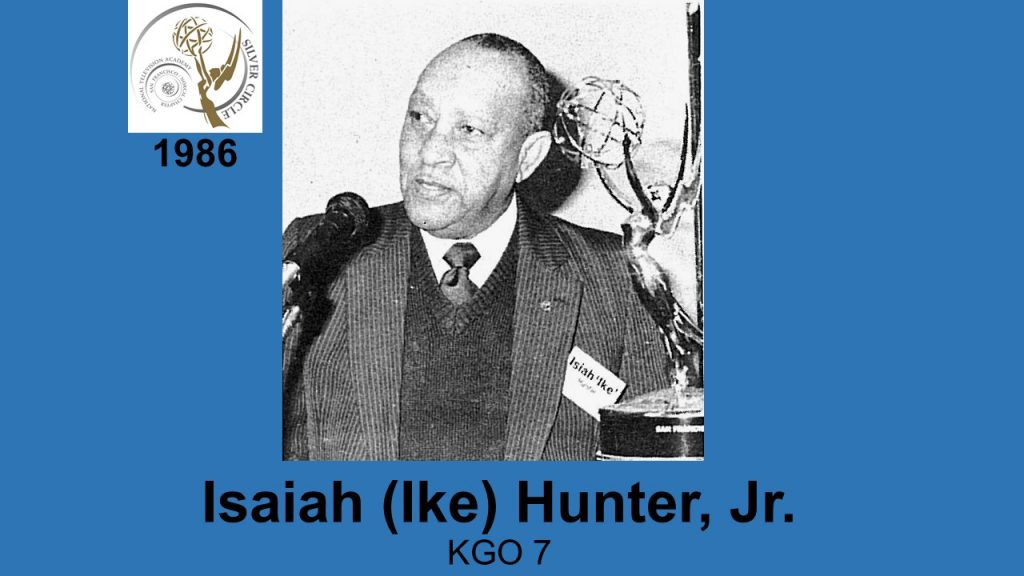 ISIAH ‘Ike’ HUNTER, Jr.  KGO-TV, started at the top in 1949. Originally hired to oversee the ‘Sutro Mansion’ Ike was there when KGO-TV broadcast from the Ballroom. He joined the stage crew staff while on the mountain and stayed on with the ABC o&o until his retirement 33 years later.