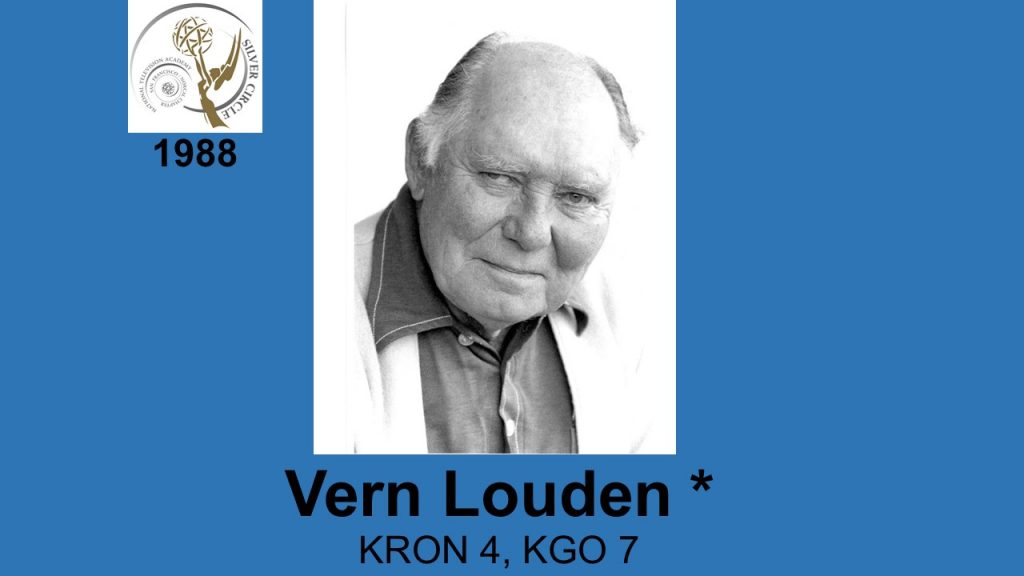 VERN LOUDEN served as a director and Production Manager of KRON-TV from 1950 to 1968. He worked on the highly acclaimed Science in Action series as well as Explorers of Tomorrow and Assignment Four. From 1968 to 1970 he was Executive Producer of Health Sciences Television at UC Med Center. After a stint in New Orleans, he returned to the Bay Area as a director at KGO-TV 7.