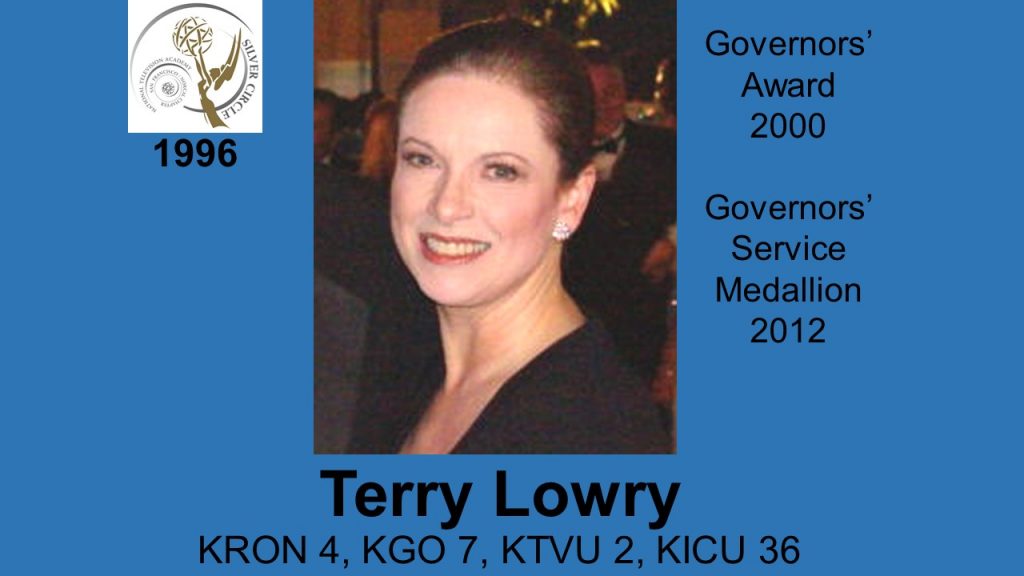 TERRY LOWRY, vice president of LaCosse Productions and Chapter governor, was a pioneer in bilingual television, putting to good use her background.  Growing up in a bilingual home, where her father is of Irish and Swedish decent and her mother is Mexican, Terry began her career at KRON-TV by translating the evening news into Spanish for simulcast on KRON-FM radio.  She then moved on to weather anchor, host-producer of an Hispanic public affairs program, news reporter and anchor.  In February, 1981, Terry moved to KGO-TV where she became weekend news anchor.  In September, 1982, she and her husband, Fred LaCosse, began a successful five-year run as co-hosts of the daily morning talk-show “A.M. San Francisco.”  Terry has worked at KTVU and KICU, anchoring and hosting.  She has also represented the TV industry in giving generously of her time and talent to a wide variety of Bay Area organizations.