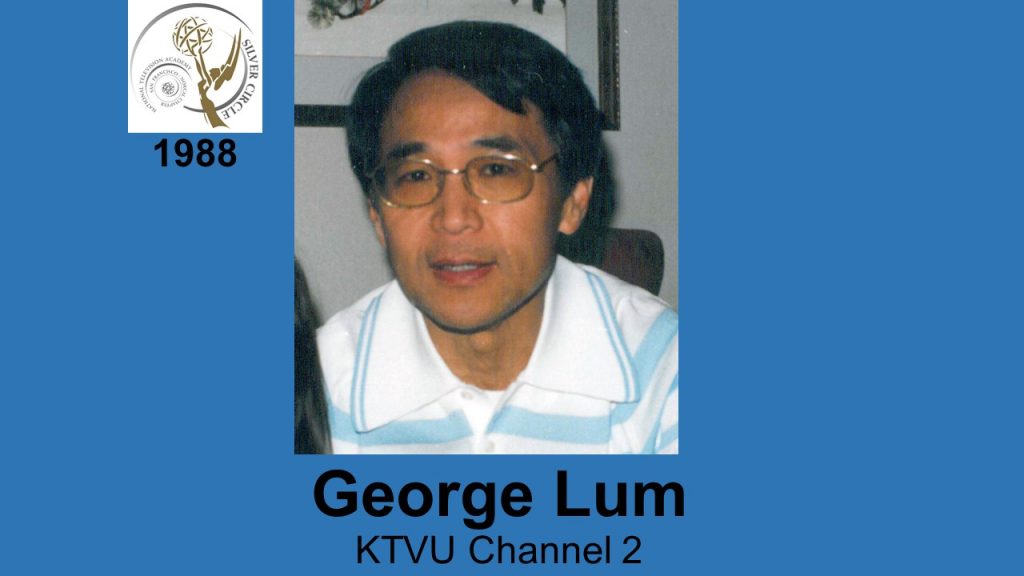 GEORGE LUM, KTVU, graduated from San Francisco State in 1954 and began his television career as a news and copy writer for NBC. He joined KPIX in 1955 as a floor manager and went on to become a producer/director . In 1959 he moved over to KTVU as a staff director, where he was subsequently named Production Manager and finally Senior Staff Director. He is an advisor to the Chinese Media Committee and speaks at Bay Area colleges.