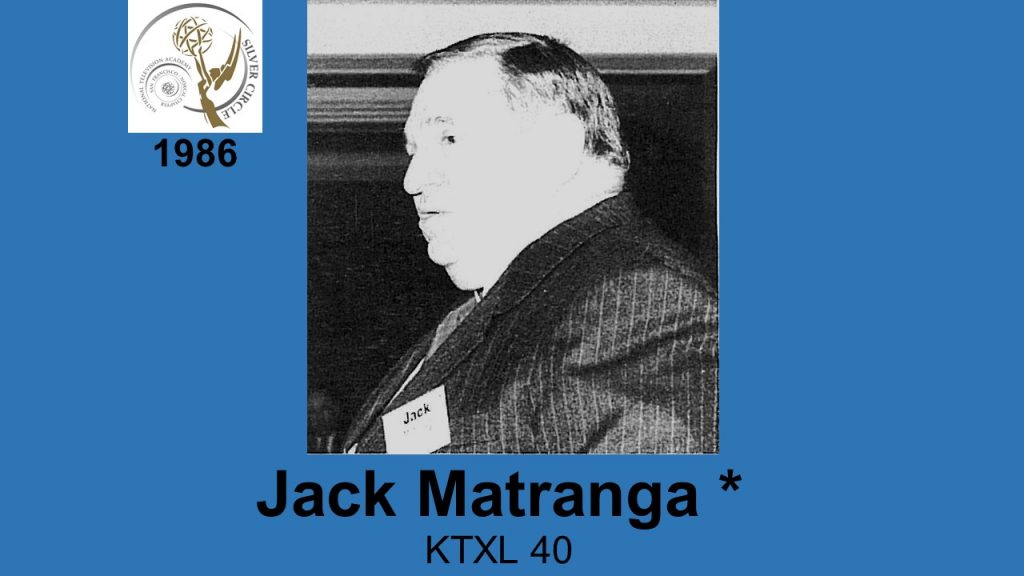 JACK MATRANGA, KTXL, began his career in 1945 with Armed forces Radio in Tokyo.After the war he worked as an announcer in Yreka, then returned to Sacramento to start KGMS Radio. He launched KTXL in 1968 and later KDVR, Denver, and KPDX, Portland. He is Presi­dent of Camellia City Broadcasters, Inc. and GM of KTXL.