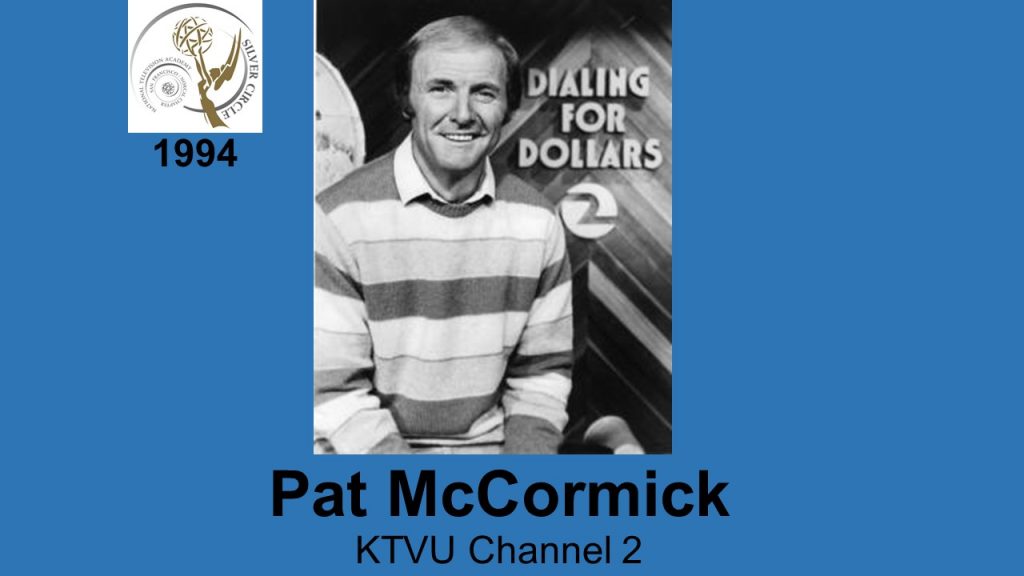 PAT McCORMICK His career began in 1953 as a “gofer” at the old Allied Artists Studios in Hollywood, then became an apprentice film editor and assistant co Producer Walter Wanger. Other “stints” included work as a driver, assistant transportation dispatcher, voice-overs and playing drums in a Dixieland Jazz Band weekends on Catalina Island-and we’re only up to 1955. TV work followed in L.A., Fresno, KGO-TV, ABC Network in New York, and back to KGO resuming duties as producer/host. He’s best known to us now as the KTVU guy who  looks  out  the back  door  to forecast  tomorrow’s  weather.