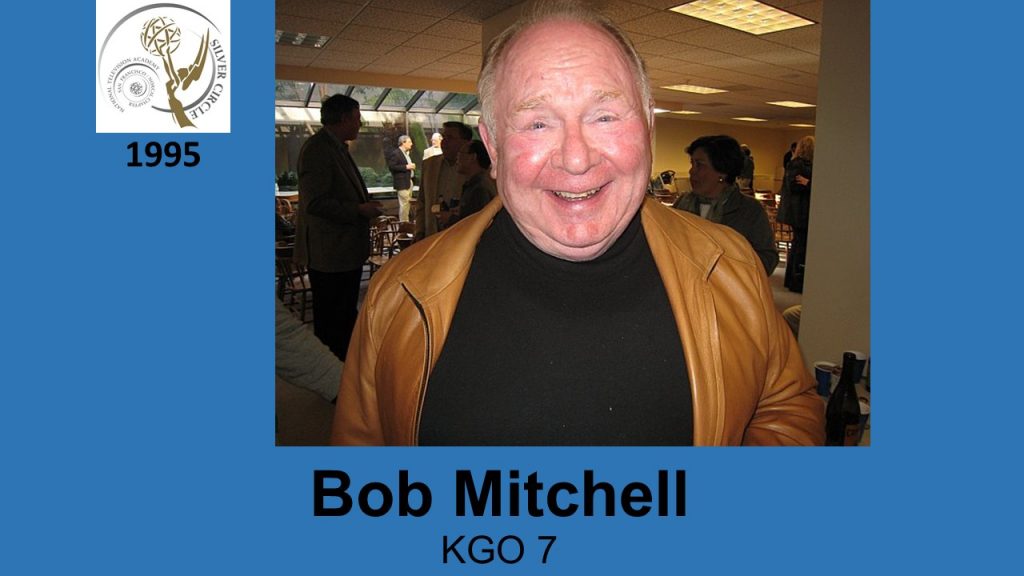 BOB MITCHELL-Starting out in 1946 as a part-time employee at the Paramount Theatre flagship operation in Chicago Bob later became an assistant fllm director at that company’sWBKB-TV. In 1953, Bob was offered the position of Film Director at KGO-TV. He took a flight to San Francisco during the winter months, contrasted the Bay Area climate with the snow back in Chicago, and made a quick decision.In 1973 he was promoted to the position of Assistant Program Director. Nine general managers and 16 program directors later and Bob is still happily working at KOO-TV.