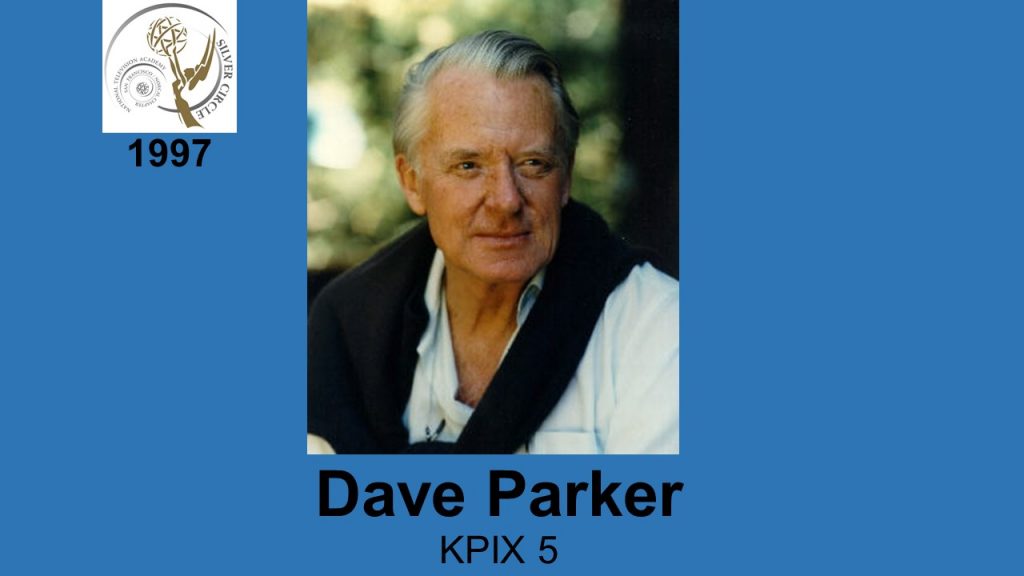 DAVE PARKER is a television pioneer.  He was a producer/director in Chicago in the early ’50s, taught at San Francisco State in 1955, and joined KPIX as Director of Public Affairs in 1955.  Other early-day programs he directed and produced include station editorials, “KPIX Dance Party with Dick Stuart,” and “Open Heart Surgery”—live and remote!  The patient was 10-year-old Tommy Hunter who became a Bay Area TV hero.  In 1962, Dave became an independent film-video producer and distributor.  Dave, now retired, is a former governor, serving during the founding years of the Academy.  He says he’ll never forget the “fun of the old days.”